Norris: “Sainz made me look bad” 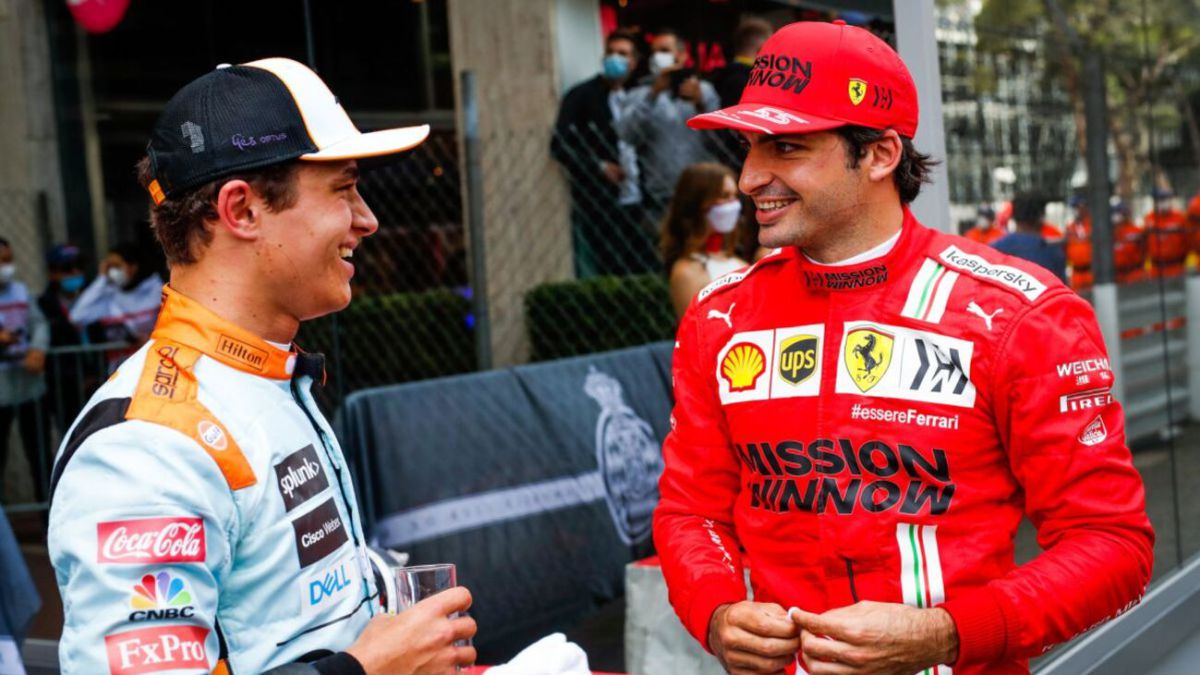 Best friends in the paddock, but top rivals on the track. It seemed impossible to see such a couple in a World Cup as competitive as Formula 1, bu

Best friends in the paddock, but top rivals on the track. It seemed impossible to see such a couple in a World Cup as competitive as Formula 1, but Carlos Sainz and Lando norris They have been proving that it is possible for years. All the rivalry stays on the asphalt and, after that, there is always time for laughter and the many anecdotes that arise from traveling around the world throughout the year. However, despite the good times, sometimes you also have bad spells. Not in terms of their friendship relationship, because it has always remained intact, but the Briton has come to recognize that his boom inside McLaren’s garage it did not arrive until the departure of the Spaniard towards Ferrari.

It was then that Norris certified his great promotion inside the orange box. Despite the fact that his second year at the brand “was already good”, the great revelation did not come until this past 2021, where he has been on the podium up to four times. Nor the entrance of Daniel Ricciardo has been able to prevent the great blow that the young Briton was already looking for with Sainz as a partner. “I think Carlos is one of the best drivers in Formula 1. He made it seem like I wasn’t that good, just because he’s extremely good. and he has done a very good job, “reveals Lando in an interview with ‘Autosport’.

“I feel like I was in his shadow … because he was doing an exceptional job, “adds the Briton, even feeling that his evolution in 2020 was something to be admired. But, with the Madrid native already at Ferrari and a new teammate at McLaren, Norris did not hesitate to take the reins. of the team. “This year I have taken a new step forward, what I think is to be at their level (from Sainz) or maybe a little better. With Carlos, many do not know what he is capable of, since he has been at Toro Rosso, Renault or McLaren. Now more and more people have realized what it is capable of “, Norris acknowledges, with great admiration for his friend.

And, about his role in the team already as the first driver, Lando Norris says he didn’t flinch from the Australian’s entrance, even being a much more experienced pilot than the 22-year-old. Confidence in himself and in all his work made him win the place he already occupies at McLaren: “I have always had the motivation to want to defeat Carlos. With Daniel, I didn’t feel nervous at any point when he came to McLaren as my teammate. Many people asked me about it, due to the fact that I had already won a good number of races. Everyone knew what he was capable of having been in a winning car. “

McLaren hopes F1’s 2022 schedule won’t be so tiresome
Ferrari, on the side of Red Bull
Implanted a record number of attendance
FORMULA 1 620