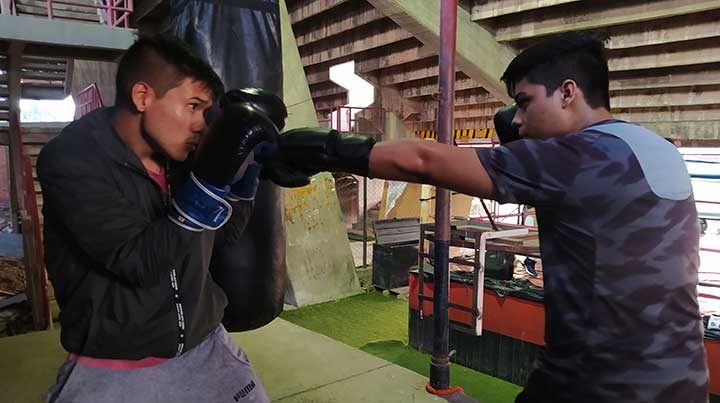 Boxing in Norte de Santander is one of the most forgotten and abandoned sports in the region. He has been bedridden for more than 30 years under t

Boxing in Norte de Santander is one of the most forgotten and abandoned sports in the region.

He has been bedridden for more than 30 years under the bleachers of the eastern grandstand of the General Santander stadium.

There, he has been threatened by governors, mayors, directors of sports institutes, municipal (IMRD) and departmental (Indenorte), as if he were serving a life sentence.

Read here: The fans are still upset with the results of Cúcuta Deportivo

Even so, he resists dying and from every knockout he has received, he has always gotten up, staying on the ropes, awarding medals to the department in various tournaments in which he has been able to participate.

For the first time in the history of the League and since the Colombian Boxing Federation was created, on January 4, 1922, a century ago, the department will host the National Senior Championship, second qualifier for the 2023 National Games.

This was announced yesterday to La Opinion by the coach of the Northern boxing team, Leonela Villegas.

The boxing contest that will take place from November 22 to 30, will be attended by 360 boxers from 20 leagues from all over the country.

Currently, Norte has six boxers, of the 16, who make up the selection and the goal is to achieve more of a task that is not easy.

“It is a challenge, which we have assumed, thanks to the support of the Colombian Boxing Federation, it is a dream for us who practice this sport here in the department. How nice that for the first time in our region we have a contest of this magnitude, “said the former boxer.

He added that it was an idea that they had been studying for several years. “The truth is that a national championship would take place here was almost impossible, but thank God things have been happening, we have improved relations with the federation, we have obtained good results with the youth and here we are”.

Tags: The Cucuta Opinion, The opinion, Daily Opinion
Boxing: Pacquiao equals one of Mayweather’s great records if he beats Ugs
He accepted the challenge and has an opponent for his return to boxing
The Nueva Sangre boxing festival was presented
BOXING 4178