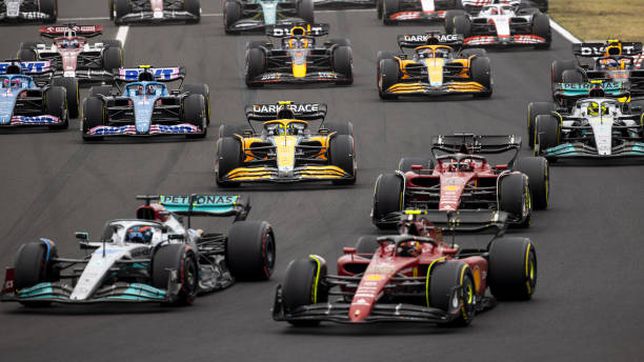 Short holidays and final sprint for Formula 1: nine races in thirteen weeks. This weekend the 'Grand Circus' returns to Belgium, a race that could

Short holidays and final sprint for Formula 1: nine races in thirteen weeks. This weekend the ‘Grand Circus’ returns to Belgium, a race that could hardly be held last year due to the rain, which ruined Sunday and ended the grand prix with two laps behind the safety car and the distribution of the half of the points. Now, Spa-Francorchamps holds the race without being insured on the next calendar, although there is speculation that it will return sooner rather than later on a rotating system, perhaps alongside France and other traditional events. It is one of the most spectacular circuits for drivers and fans, with iconic corners such as Eau Rouge or Pouhon, flat out and downhill; but it is true that their safety standards are not the same as in other facilities where they do abound, for example, tec-pro barriers.

On the sporting front, Verstappen defends an 80-point lead over Leclerc. After the Monegasque, in the table, are Pérez, Russell and Sainz. The regularity of Mercedes and the lack of stability in Ferrari have played against the Madrilenian. Verstappen has eight wins from twelve races to Leclerc’s three; one from Carlos and another from Checo. Red Bull’s advantage is astonishing in the constructors’ championship, but there is almost more than a third of the season left with iconic tracks, such as this one in Belgium, and expected returns such as Singapore and Suzuka, where it has not competed since 2019, before the start of the pandemic.

Ferrari prepares an ambitious evolution of its hybrid system in the power unit, also the rivals. Engines are frozen since March and cannot be modified until 2025 (2026 regulation was announced in August, MGU-H is removed). Yes reliability upgrades can be introduced, that explains so many breaks and failures by all manufacturers except Mercedes: a fast engine can become reliable, but one that is already reliable will never get faster. However, the battery, the control unit and the MGU-K of the engines do not have to be homologated until September (the regulations say day 1, but some teams have spoken of a slightly higher margin), so it is logical that the manufacturers have worked in recent months so that the next engines incorporate more performance. Sainz premiered an engine in France, perhaps he will be freed from the sanction in Belgium, but it is evident that the big ones plan changes with a penalty to introduce these evolutions and arrive with more power at Monza.

As for Alpine, this weekend there is also talk of news. “Our plan has always been to bring something as soon as we find it. We are within the spending ceiling, that will not stop us from bringing improvements. We will have something in Spa”, said Otmar Szafnauer, team boss, before the break. “We should be doing better, on paper those low-downforce circuits are good for us, although in Hungary we were fifth and sixth on the grid. All conditions are good for us, also the water, and in Spa it rains at least one of the three days”, Alonso also commented before going on vacation. Then he dropped the Aston Martin bombshell, which will inevitably monopolize the topic of conversation until the cars hit the tarmac this Friday.

Formula 1. Ferrari suffers from wasted chances, but its team manager believes the team can win everything until the end
Formula 1: Mercedes ignites definition with strong warning to FIA
Official F1 narrators criticized ‘special’ coverage of the Mexican
FORMULA 1 2359

Loading...
Newer Post
Boxer knocked out his rival during ‘fist clash’ when resuming the match
Older Post
Luke Rockhold discredits Jake Paul: “He doesn’t understand what it is to fight”