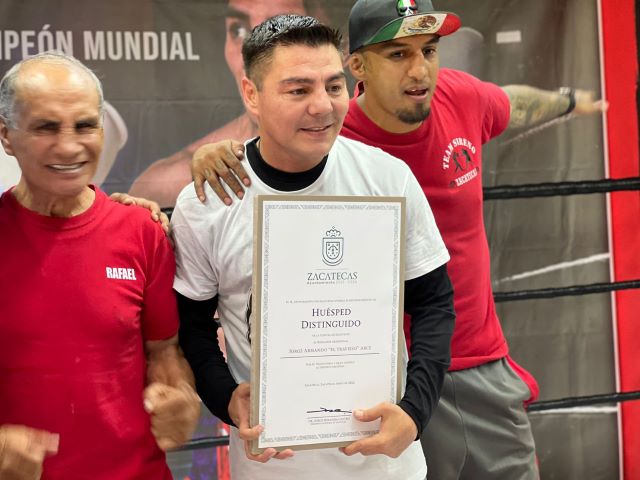 On Monday afternoon, Jorge ‘El Travieso’ Arce did an exhibition training at the ‘Sirenos’ boxing gym, prior to the fight that will take place on June 3 against ‘Terrible’ Morales. 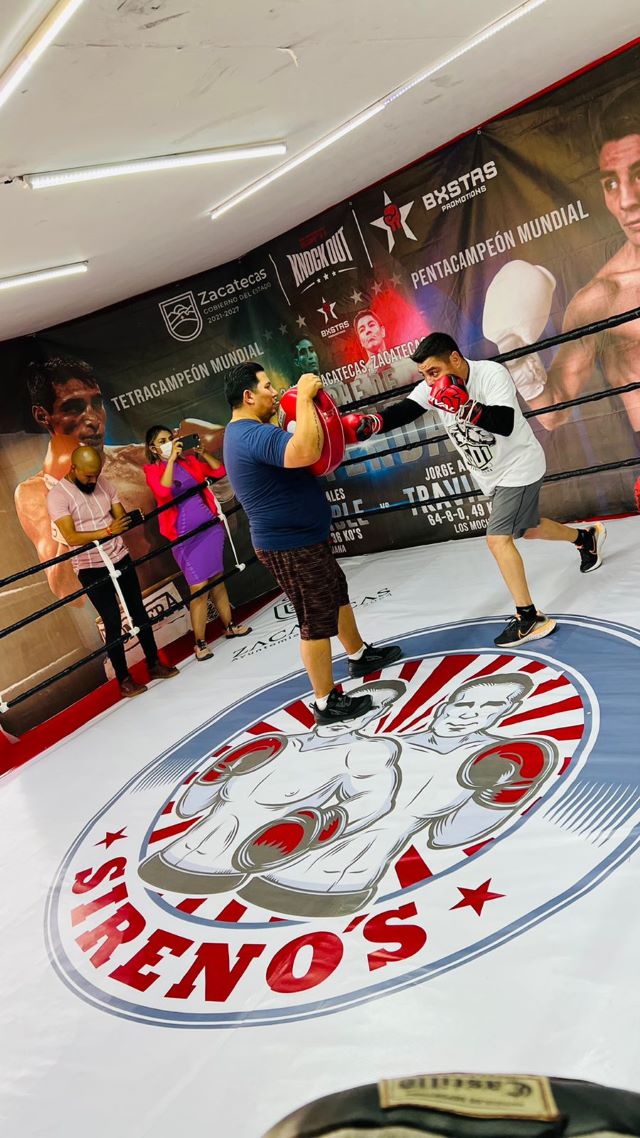 After training, the boxer from Sinaloa received from Rafael Aparicio Romero, head of the Private Secretariat of the Zacatecas City Council, a recognition as a distinguished guest of the Capital of Transformation.

The official assured that on the instructions of the mayor, Jorge Miranda Castro, the Zacatecas City Council will always support sports activities for 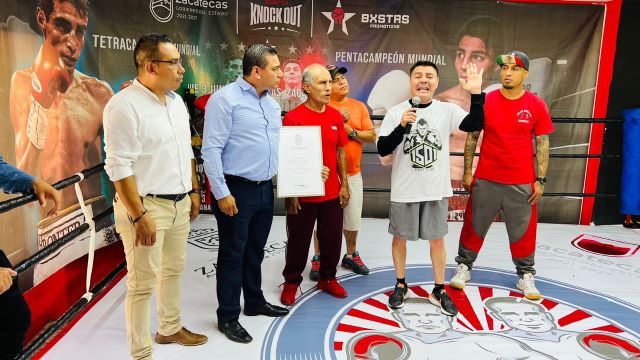 the formation of the inhabitants of the capital.

For his part, ‘El Travieso’ Arce thanked the presence of boys, girls, youth and adults, who attentively listened to the boxer, who issued some advice to practitioners of this sport.

The boxer stressed that it is extremely important to include boys and girls in sports from an early age, because “for every athlete that is created, there is one less criminal on the streets.” 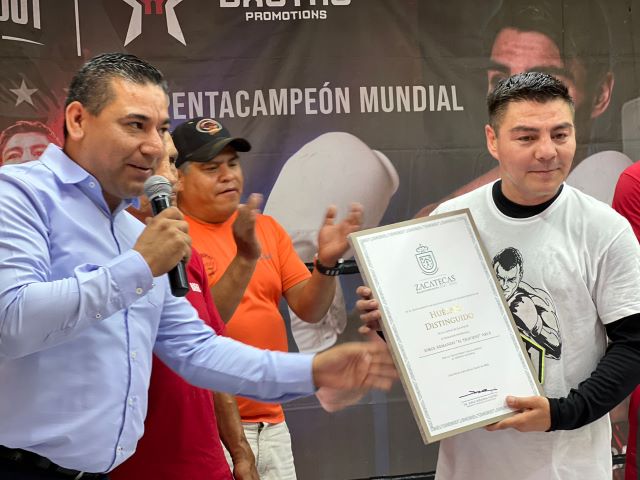 Likewise, he thanked the Zacatecan Capital for the reception, for the recognition and promotion of boxing.