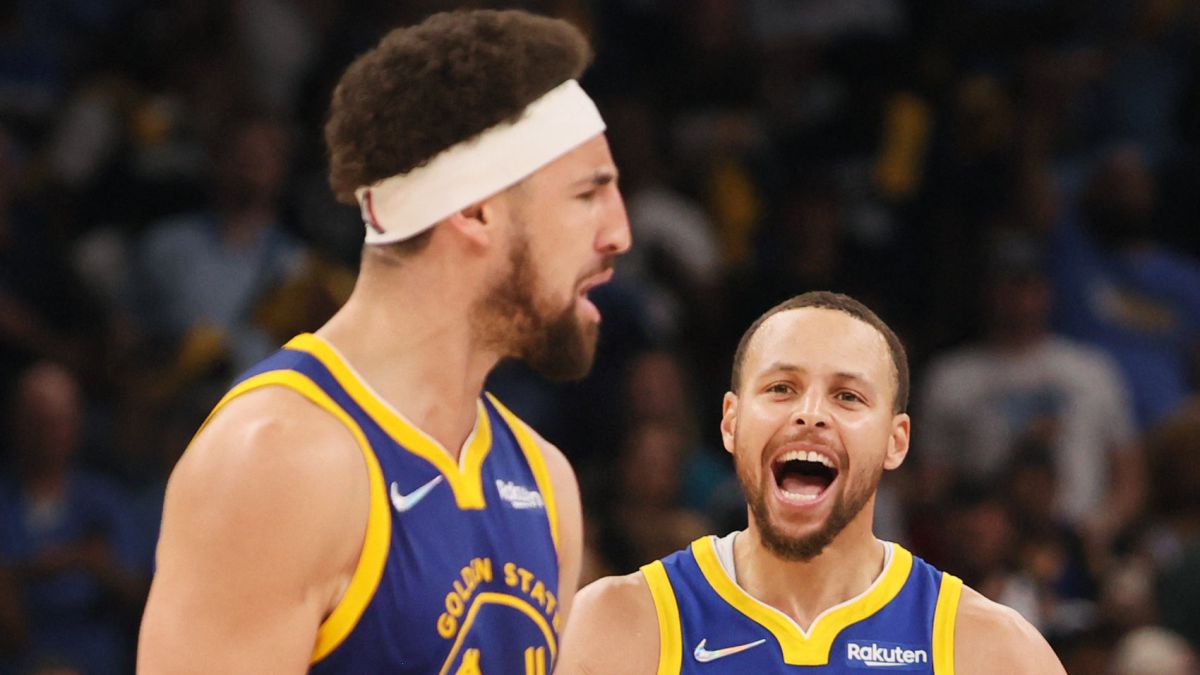 In a place as iconic as Memphis, in the state of Tennessee, there is no place for those without a musical ear. And the highest quality scores in

In a place as iconic as Memphis, in the state of Tennessee, there is no place for those without a musical ear. And the highest quality scores in recent years have been signed, among others, by several Warriors players. The team has taken a renewed path this season and in the second round of the 2022 Playoffs, after getting an MVP like Nikola Jokic out of the way, they face the Grizzlies. New blood for an old game and in which some have the best tricks in their heads. Draymond Green is one of them, and he wasn’t ready (he was sent off for a double hit on Brandon Clarke for which he had no forgiveness), and two others on the list are Stephen Curry and Klay Thompson.. Three legendary players and three championships behind them in the last decade, in addition to the milestone of changing basketball with a shameless style. That is also the Grizzlies, a squad without any shame and with a talent that can make them succeed soon, but they have run into people who have traveled much further and know the shortcuts. Ja Morant is the one who exemplifies Memphis well, a haughty touch and a verticality that takes your breath away, and he was the one who challenged them until the end but missed at the end: a layup of his own, on a last possession to win with three seconds to spare on the clock, did not enter. Curry and Thompson defended him, putting their years aside and putting their brains at the service of their legs, in a couple of actions, counting on that final, in which neither Green nor other specialists were needed. Geniuses of the attack stuck in the mud to send a very clear message: here is Golden State and, with renewed energy, you have to kill it seven times so that it does not get up eight. In the city that elevated Elvis Presley, the king of rock, the other lesson is that old rockers never die.

Kerr’s boys without Green had to battle in the second. He was sanctioned with a flagrant type two, which implies disqualification from the match, for an action with Clarke that was very borderline. Green hit the rival power forward with a slap in the face and, in the air, grabbed him. The play was ugly and the referees considered that it was not worthy of forgiveness. Just that moment was the one of the biggest explosion of the FedEx Forum, since it followed a sequence such as this: suffocating defense from Anderson to Curry, a block from Melton to Steph himself, a counterattack from the team and the termination by Morant picking up the pass high to sink it hard. Melton had previously seemed to help Bane or Morant, especially the latter, to diversify the scoring tasks against an opponent that demands so much. That explosion left a marker ready at halftime of 61-55.

This match, however, was going to be far from disengagement. And the third quarter was the best example. Answer after answer, more testosterone and less fear in each one of them, and increasingly small distances. Curry opened fire with a 3+1 to get even with the defense and punish Morant, angry because the mistake was his and he wanted to pay for it with another. Poole put the poison into Jaren Jackson’s body with a triple to which he answered inside with two, as soon as he got on the attack. And Wiggins responded. And Jackson did it again. And then Melton (14) again. And then Jackson (33) again. And then Poole (31) again. And then Curry (24) again. The sequence in those six minutes midway through the third period was mind-blowing.

Jenkins rested Morant and Jackson at the same time early in the fourth quarter and Kerr, with Poole as the executor, hit a blast. The Warriors were touching him: they were about to remove the rope that linked them to the opponent. To ten. And they came back fast and the point was scored by the local coaching staff: Curry and Thompson were the only weapons of attack and they were being neutralized. But do not give them up for dead because what happens happens. After looking just one up with four minutes to go, Curry’s seemingly easy three-pointer after a block after a wrong signal against him. The touch game led Memphis to even get ahead. So it was entered at the last minute. Klay, then, received a ball and, with amazing calm, passed the ball from right to left holding it with both hands and squared off to hit a three-pointer. In the following action, Curry assumed Morant’s defense in which Poole had failed during the hot minutes and took the ball from him in a penetration, so difficult and so meritorious. Klay, yes, missed two free throws to secure an overtime. Everything was in a jump between two, the possession for the Grizzlies and three seconds in which Ja could not finish off the victory due to the work and thanks to the defense of, yes, Klay. And it’s all over: good show, electricity that is transferred and 116-117.

Dragic: on leave without playing and with Miami and Doncic waiting for him
NBA: Official: LaMarcus Aldridge signs for the ‘Dream Team’ Nets
NBA: NBA bombshell! The Brooklyn Nets are tired of Kyrie Irving and could do without him this season
NBA 2835