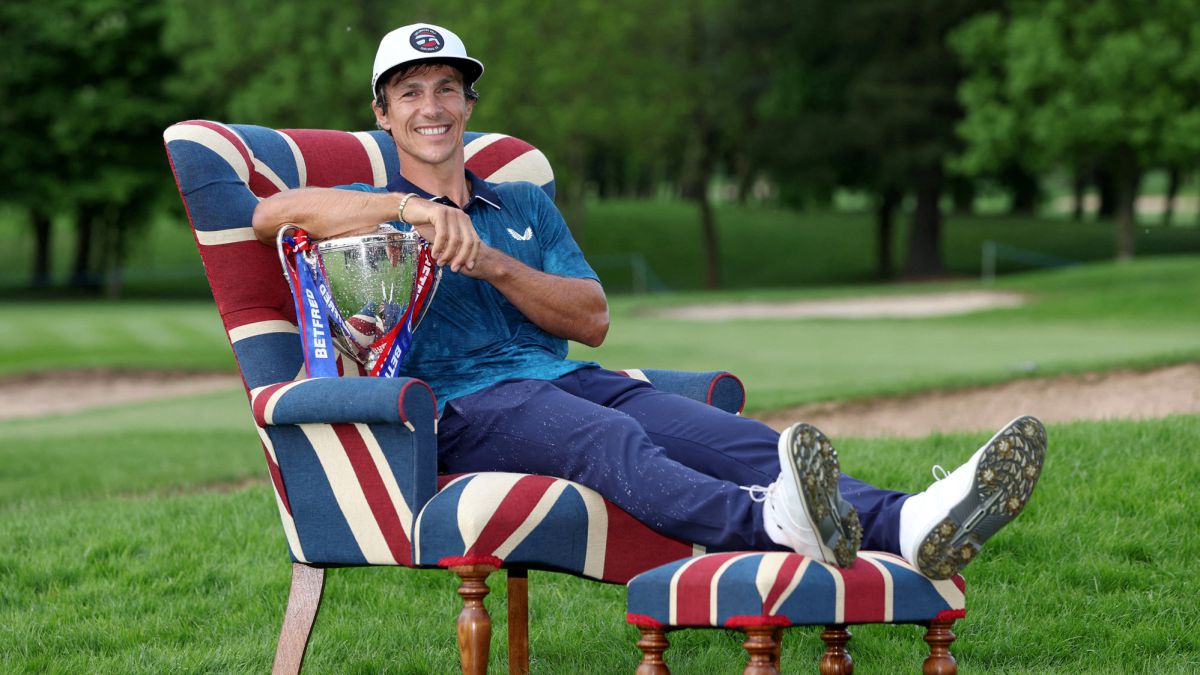 the dane Thorbjorn Olesen, who started the last day with a wide lead, to complicate his tournament options in the first fifteen holes, woke up on

the dane Thorbjorn Olesen, who started the last day with a wide lead, to complicate his tournament options in the first fifteen holes, woke up on time and with an ‘eagle’ on 17th and a ‘birdie’ on 18th, for a 73 ( +1), and a final total of 278 (-10), took the British Masters, of the DP World Tour, which was played at the English course The Belfry, in what is his sixth victory on the Circuit.

Olesen’s fourth run, 32, is hard to explain. He started as the great favorite for the title thanks to the three shots advantage with which he started over the German Hurly Long and the English Marcus Armitage, who were the immediate pursuers of him, but he soon began to seem to ‘throw the tournament’. And it is that his first 15 holes saw five ‘bogeys’ (one more than par for the hole) and a ‘birdie’; with it, he away from the top positions and surpassed by several players. Among those taking advantage of the Olesen disaster were Long, Scotsman Richie Ramsay and Swede Sebastian Soderberg; the Briton had started four and six strokes, respectively, away from the Dane.

Thus, with Soderberg already at the Club House, with a 68 (-4) that took him to a 279 (-9) that put him at the top alone, and Ramsay facing the 18th hole one shot from the Swede, Olesen seemed to have lost any chance of victory, even second place, as he wandered at the end of the 16th two shots behind the then leader, but above all leaving bad feelings.

But, first, Ramsay pitched with a ‘bogey’ in the 18th that made him deliver a card with 71, for an accumulated 280 (-8). Soderberg breathed and looked like a winner. But the unexpected awakening of Olesen came, who made an ‘eagle’ in minute 17, where he also did it on Saturday, and stood with a total -9, in the absence of a hole. He equaled a Swede who was on the practice field for whether he had a tiebreaker.

Everything indicated that it would go to the tiebreaker, since the 18th hole (par 4) these days has been one of the least ‘beaten’ by the players. In addition, after a remarkable start, Olesen’s second shot left him with a very long putt, about 9 meters and with a fall, almost impossible. It was possible, with a great ‘putt’ the Dane made the ‘birdie’ that the tournament gave him. He had woken up on time, and Soderberg, who looked like a winner or, at least, playing the tiebreaker, did not believe it.

Four years after the last one, Olesen won his sixth title on the European Tour (now called the DP World Tour). A player who in 2019 was subjected to an arrest on suspicion of an alleged sexual assault, who was suspended for it from the Circuit pending resolution of the case, and to whom at the end of 2021 a London court acquitted him of all charges.

Nadal plays golf before reappearing in Abu Dhabi
They analyze the veto that prevents property taxes from golf courses in Sinaloa
Olesen, accused of sexual harassment, urinating and being drunk on a plane
GOLF 982

Loading...
Newer Post
Argentina won gold medals in boxing, women’s hockey and athletics
Older Post
The robberies of the deceased continue in the Viedma Cemetery: they range from plaques to boxing gloves | NewsNet