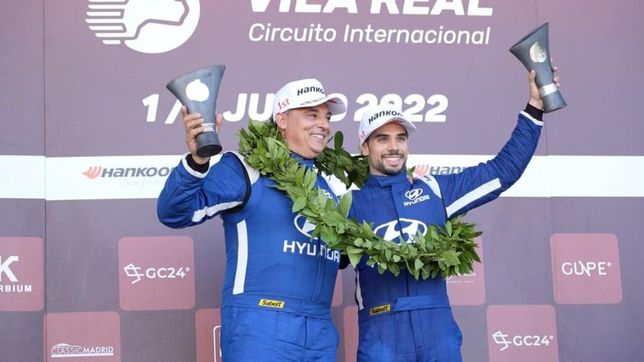 Miguel Oliveira achieved two podiums in his participation in the second round of the Portuguese Speed ​​Championship (CPV), held at the Vila Real c

Miguel Oliveira achieved two podiums in his participation in the second round of the Portuguese Speed ​​Championship (CPV), held at the Vila Real circuit. The test accompanied the fifth race of the World Touring Car Championship (WTCR), on a weekend that the KTM Factory Team rider himself admitted that he “had a lot of adrenaline”.

The man from Almada, who competed alongside his father Paulo, crossed the finish line on Saturday in fourth position, but moved up to second place on the podium after the disqualification of the Carvalho/Cristóvao couple and the sanction of Pires/Mota. Oliveira himself acknowledges that he “started far behind but little by little he got to know the track better and gained positions”.

In the second race, the Portuguese driver and his father were third, achieving the second podium of the weekend. Oliveira, who competed with a Hyundai i30N as he is an ambassador for the Korean brand, acknowledged that it had been a dream to compete in the Vila Real circuit: “It has been very gratifying to race here, you are left with the feeling of wanting to drive a little more and enjoy the car.

The Portuguese is currently 10th in the MotoGP World Championship with 71 points and scored a victory earlier in the season at the Indonesian Grand Prix. He will return to two wheels at the British Grand Prix after the five-week summer break.