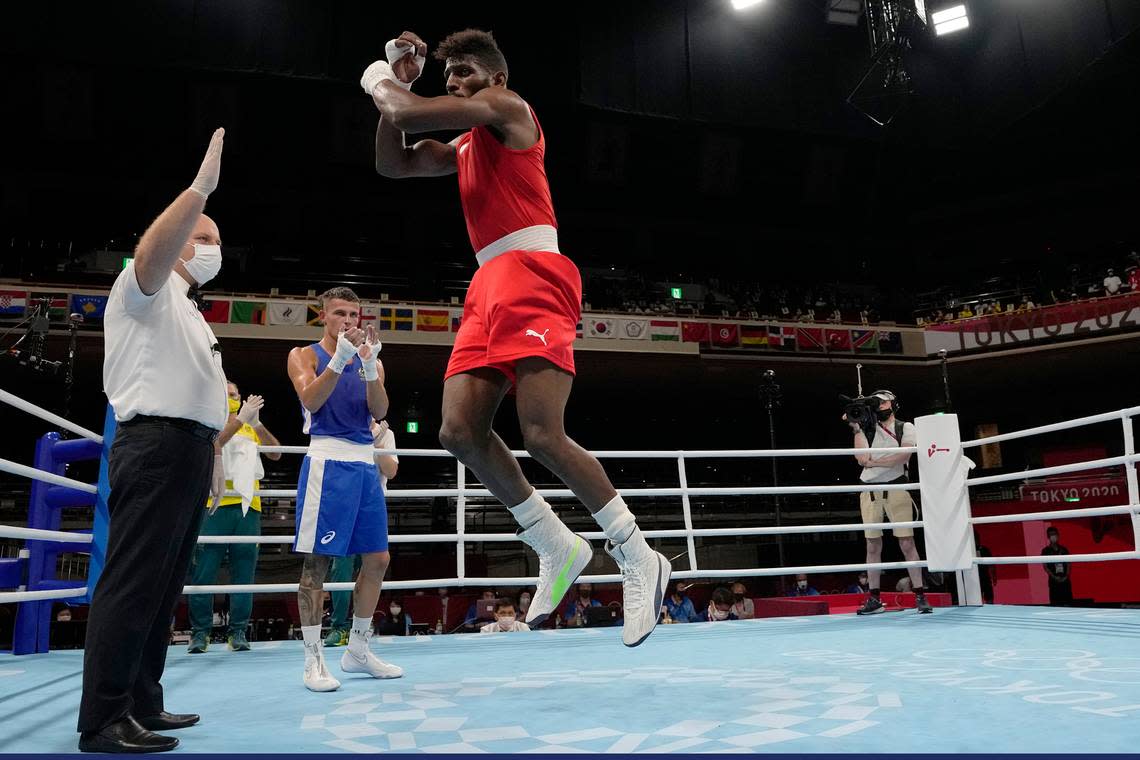 Boxer Andy Cruz, Olympic gold medalist and world champion, who was caught in June in a failed attempt to leave the country illegally, was expelled

Boxer Andy Cruz, Olympic gold medalist and world champion, who was caught in June in a failed attempt to leave the country illegally, was expelled from Cuban sports for his “repeated indiscipline,” the National Boxing Commission reported Monday.

“As a result of exhaustive analyzes initiated within the disciplinary commission of our national school, the expulsion of the athlete Andy Cruz Gómez from the Cuban sports structure has been decided,” announces the statement published in official media.

The Boxing Commission explains that the measure was adopted due to the “repeated indiscipline” committed by the boxer, including his absence from the training sessions prior to the Playa Girón tournament and his non-intervention in that event, the most important of the discipline that is organized in the island.

“The process from which the aforementioned sanction emerged also took into account his absences and late arrivals at training, absences from his teaching activities, marked by a notable decline in his academic performance, and the way in which he turned his back on commitments. assumed in several meetings organized by the direction of the Inder (National Institute of Sports and Recreation)”, he adds.

It also points out that there were “multiple” dialogue spaces designed to “exchange on these and other breaches, recognized by the athlete himself, the protagonist of a behavior that showed signs of deterioration during the first half of the current year.”

At the end of last June, the Cuban Boxing Federation (FCB) confirmed that Andy Cruz tried to leave the country illegally. An action that he described as “serious indiscipline”.

“The fact, which typifies serious indiscipline in the regulations of our sport, will generate the corresponding analysis, which we will inform in a timely manner,” the FCB said at the time.

The 26-year-old boxer, Tokyo 2020 Olympic champion, was not part of the Domadores team poster in his debut on the professional circuit on May 20 in the Mexican city of Aguascalientes.

His record also includes a first place in the Pan American Games in Toronto in 2015 and in Lima in 2019 and in the World Boxing Championship in Belgrade, also in 2021.

In recent months, there have been defections in baseball, boxing, volleyball, Greco-Roman wrestling, handball and track and field.

Loading...
Newer Post
Viral | Some may surprise you: discover what these world soccer stars would look like if they were women | PHOTOS | Soccer | | epic
Older Post
This is the ‘Bodycam’: the new technology to transmit in football