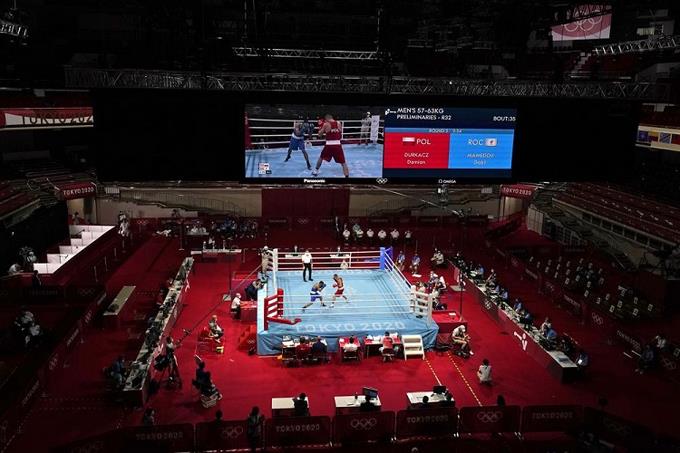 In the boxing of the Olympic Games in Rio de Janeiro 2016 there was "manipulation" of fights, including bouts for medals, by refer

In the boxing of the Olympic Games in Rio de Janeiro 2016 there was “manipulation” of fights, including bouts for medals, by referees and judges “complicit and obedient”, which influenced its outcome, according to an investigation by the International Boxing Association.

Richard McLaren, hired by the AIB to investigate the issue, said that officials of the body selected referees and judges to ensure that a fight could be manipulated both in the qualifying phase and in the Rio Games. He indicated that the same could have happened in London 2012.

“Key figures decided which rules did not apply to them,” McLaren said. He added that among the judges and referees “a culture of fear, intimidation and obedience prevailed.”

McLaren did not say how many fights could have been affected. The investigation identified “about 11, maybe fewer,” including medal matches, according to McLaren.

The investigator stated that senior AIB officials used their power to select arbitrators and judges, and that the commission in charge of supervising those appointments simply endorsed everything decided.

“This informal structure allowed complicit and compliant referees and judges … to be assigned to certain fights in order to manipulate their outcome,” McLaren said. These judges and referees, he added, “knew what was going on” or were simply “incompetent” figures, willing to ignore signs of manipulation.

Referees and judges were told who should win the morning before the day of the fight, according to McLaren, who said it could not identify who was at the forefront of this plan to fix fights.

There were controversial rulings at the Rio event, including a highly publicized one in which Russian Vladimir Nikitin was declared the winner of his fight with Irishman Michael Conlan. The McLaren report does not clarify whether that fight was arranged.

The report includes eyewitness testimony of discussions about a bribe of up to $ 250,000 for a Mongolian boxer to defeat another Frenchman in the semifinals. Witnesses said that an individual from Kazakhstan who was acting as judge and arbitrator asked for the money in exchange for favoring the Mongolian. In the end, no bribe was paid and the Mongol lost with “very unusual cards”, in which all five judges gave the same score.

The AIB has been led by Russian businessman Umar Kremlev since December. He says he changed his way of judging fights after 2016.

“Professor McLaren was hired because we have nothing to hide,” Kremlev said in a statement. “We will try to incorporate any useful recommendations and seek legal advice regarding what to do with those who participated in the settlement” of fights.

None of the 2016 referees or judges intervened at the Tokyo Games this year after being suspended by the AIB. The Tokyo boxing match was organized by the International Olympic Committee, not by the AIB.