“On such a bad day we have only lost five points” 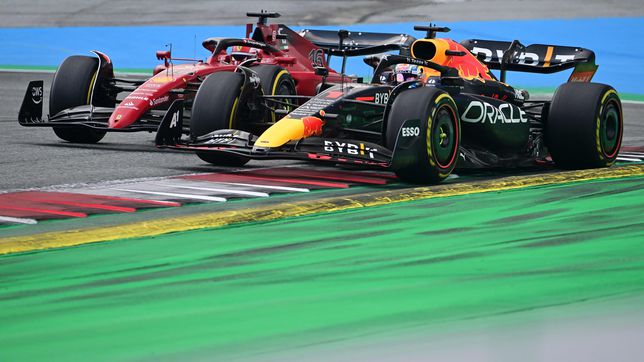 It would be a mistake to point out that the first confrontation on the track between Verstappen and Leclerc happened in Austria 2019, with Max's vi

It would be a mistake to point out that the first confrontation on the track between Verstappen and Leclerc happened in Austria 2019, with Max’s victory and controversy included (they touched, without sanction for the Dutchman after hours of review); because they have been fighting on the circuits for half their lives since they met as beardless karting drivers. The rivalry exists and it is not healthy, but both instill respect, mutually, and share an aggressive style. They starred in dream laps at Silverstone that year, but until 2022 they had not fought again for the pole positions. They chased each other in Bahrain and Saudi Arabia, they crossed paths in Miami, and Red Bull Ring was the scene of the last duel with a clear victory for Charles last Sunday, beyond victory, because he passed Max three times in the same race.

Their tough but fair fights contrast with the more aggressive version of Verstappen and Hamilton at the end of last season. Perhaps it has something to do with the Dutchman’s huge lead for now in the World Cup standings, 38 points. In any case, Leclerc is not looking for comparisons: “I can’t say much about the fight between Max and Lewis, I was fighting for less interesting positions last year. With Max I love it, we have known each other for a long time, it can be argued that this year is less aggressive than normal, but we have grown, we know each other very well, we know our weaknesses and there is a lot of respect, that makes it more exciting”.

“He was competitive. It was a good fight from everyone (it also included his fight with Hamilton midway through the race). Sometimes you are on different tyres, or more worn, but I think everything was fine. This year, and this weekend too, slipstreams play another role in braking. Overall it was a good fight,” Verstappen said. The Dutchman “expected Ferrari to be strong, but not that good” on Sunday in Austria. “We have to analyze what has happened, although on such a bad day we only lost five points throughout the weekend (seven in the race, minus one from the fastest lap and one from the sprint)”.