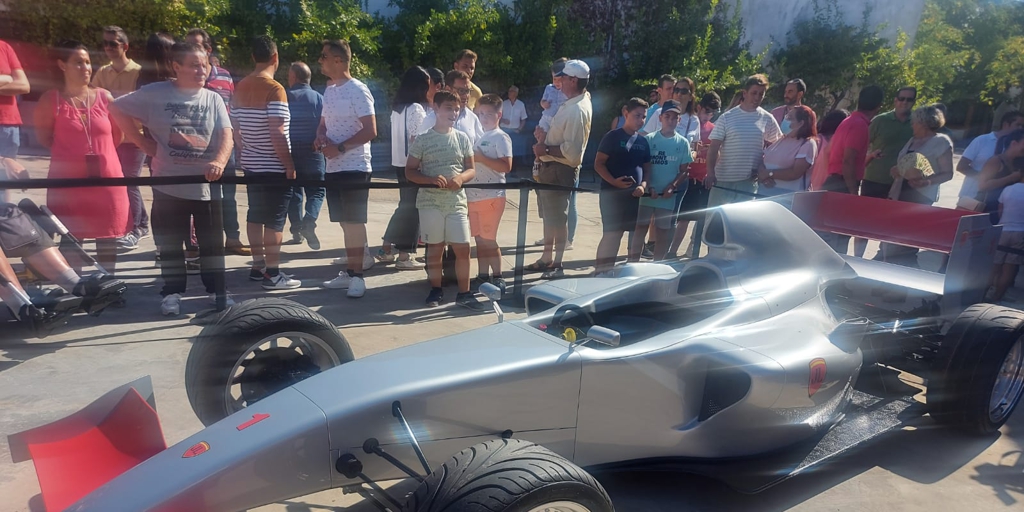 A Jose Luis Casasa farmer and self-taught mechanic of Montilla 45 years old, life has literally started to pick up speed in the last few months. H

A Jose Luis Casasa farmer and self-taught mechanic of Montilla 45 years old, life has literally started to pick up speed in the last few months. His name has jumped into the media because he has built a Formula 1 in his workshop, located on Río de la Hoz street in this municipality.

and this Saturday the race that started three and a half years ago -“It was when I made the first body model,” he tells ABC- has received the black and white checkered flag of the triumphant arrival at the finish line. He has presented the single-seater at Bodegas Pérez Barquero. “It has been a beautiful day. The people were very happy”, he stated as soon as he finished the coming-out.

Houses He explained that the origin of the construction of this vehicle is that it is «very fond of Formula 1«. «Although I had built smaller cars before, I had the idea of ​​making a Formula 1 car. The day to build it came and I pushed forward. It has been a lot of effort and sacrifice but we have managed to finish it«, he assures while pointing out that »some friends have given me a hand when it has been necessary. For example, the car has been painted in Ford Montilla«.

In the construction process of this single-seaterdetails, «what more complicated has been to get the mechanics fits into aesthetics« What do these cars look like?

José Luis Casas, next to the formula 1 that he has built

The vehicle born from his workshop in Montilla is inspired by the McLaren than Fernando Alonso premiered the year of his joining this team (2007). Casas indicates that he chose that model because it is “one of the most beautiful cars, in my opinion, that have been built in Formula 1.” “I like it a lot,” he emphasizes.

They will test it on circuit

This Saturday the roar of his car has already been heard in the Perez Barquero Winery, but its creator is already advancing that “it still has to be tested on the circuit, although we do not yet have a date.” This single-seater has been built so that it can reach 250 kilometers per hour.

For the construction of this formula 1, Casas had already been shot previously for a long time. Although a farmer by profession, he “since he was little” always liked “mechanics a lot; the whole car thing. “He also fixed the tractors,” he recalls. And it was “about fifteen years ago” when he launched himself into vehicle construction.

Despite the expectation it has created, he confesses that He still does not have another project on pole. He admits that he is “a little saturated”, but “I will surely make another car«. »This cannot stay here«, she advances.