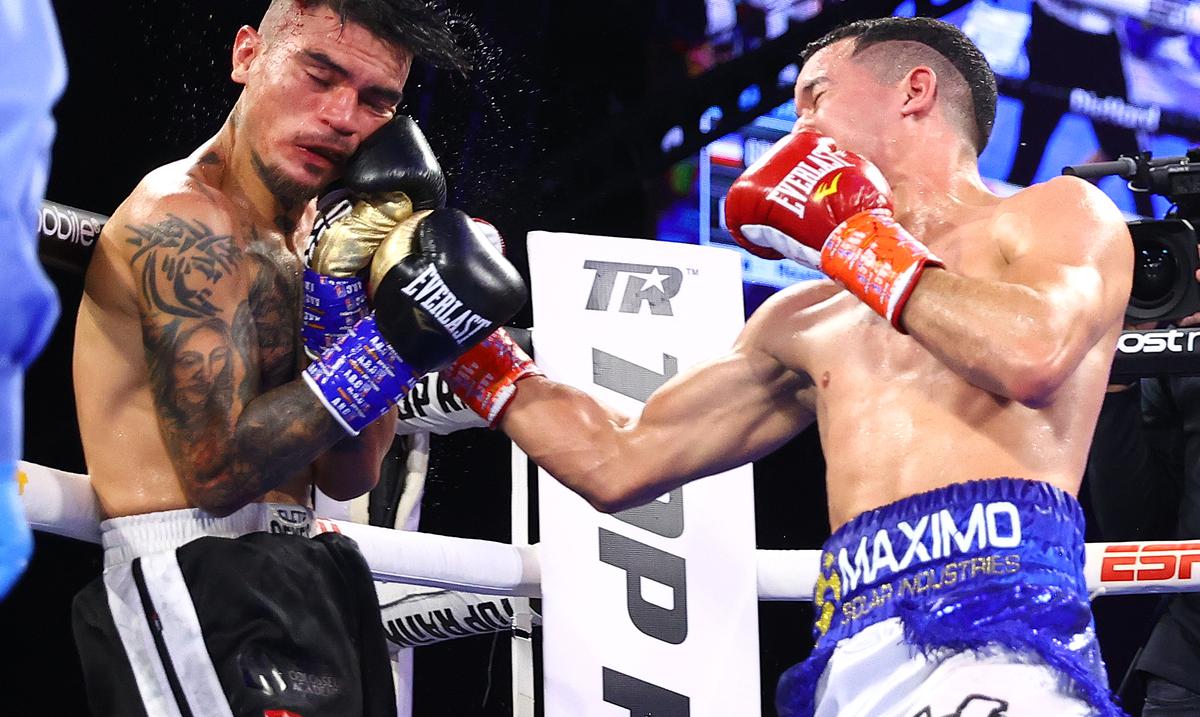 One of lime and one of sand for the Puerto Rican boxers active in the billboard that Top Rank presented at the Hulu Theater inside Madison Square Garden in New York on the eve of the National Puerto Rican Parade.

It was a special evening, as Miguel Cotto was presented with a special key to the venue where he fought 10 times during his illustrious career in boxing for hire. The Cagüeño will be inducted into the Hall of Fame on Sunday.

Orlando “Capu” González left behind the first setback of his career with a knockout of Pablo Cruz in the fifth round. The southpaw from Aguadilla returned to the winning route after losing his unbeaten run to Cuban Robeisy Ramirez in October 2021.

UP AGUADILLA! @CapuGonzalezPR He gave us the first knockout of the night. 🔥#BerlangaAngulo

However, Carlos “Purin” Caraballo and Josué Vargas did not have the same luck.

Caraballo suffered his second setback in the past three fights when he was outpointed by Dominican Victor Santillan by decision. Meanwhile, Dakota Linger scored a TKO of Vargas in the second round.

Tags: Madison Square Garden, New York, boxing
“Promises of Boxing”, the tournament that will seek to revolutionize amateur boxing in the State of Mexico
Chapo’s granddaughter sang a boxing anthem; seeks to be a singer
Boxing: Frank Urquiaga will fight for the European Union title
BOXING 3166