“One of the most brutal”: they capture the face of a UFC fighter at the moment of the impact of the kick that knocked him out (VIDEOS) 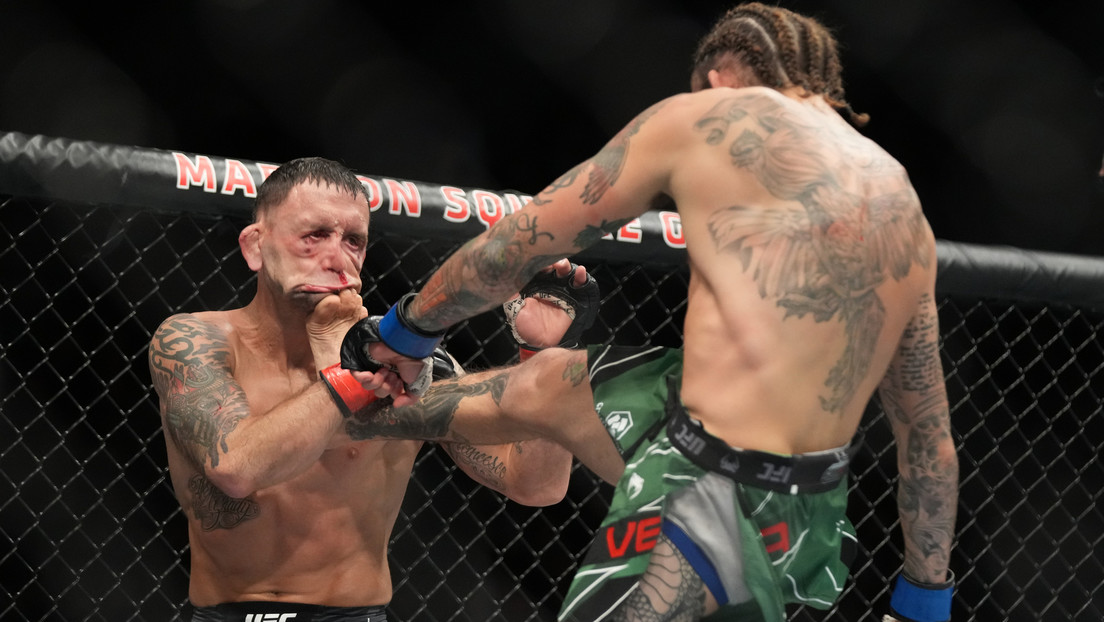 Frankie Edgar was defeated by ‘knockout’ at the hands of Marlon Vera on Saturday night.

The image of the kick with which Marlon Vera defeated UFC veteran Frankie Edgar last Saturday has gone viral, coming to be described as “one of the most brutally beaten faces” and giving free rein to the comments of fans to mixed martial arts on social media.

Edgar and Vera met in a bantamweight fight at Madison Square Garden in New York as part of the UFC 268 event. In the third round, the Ecuadorian knocked out Edgar with an overwhelming kick to the chin.

An user commented that Edgar, 40, came to look 10 years older after this kick.

Others compared the fighter’s appearance to the human version of bartender Moe Szyslak from ‘The Simpsons’, or even Homer Simpson.

Some user compared it to the clown mask that the Joker used to rob a bank in the ‘Batman: The Dark Knight’.

“The man has become an NFT [token no fungible]”was another popular comment, just like the one about evolution that “has been reversed.”

“They can change MMA forever”: Henry Cejudo pushes for a crossover fight between Kayla Harrison and Cris Cyborg
Sean O’Malley promises a ‘show’ at UFC 269 – Lights of the Century
Darren Till explains why MMA is ‘bigger’ than boxing
UFC/MMA 856