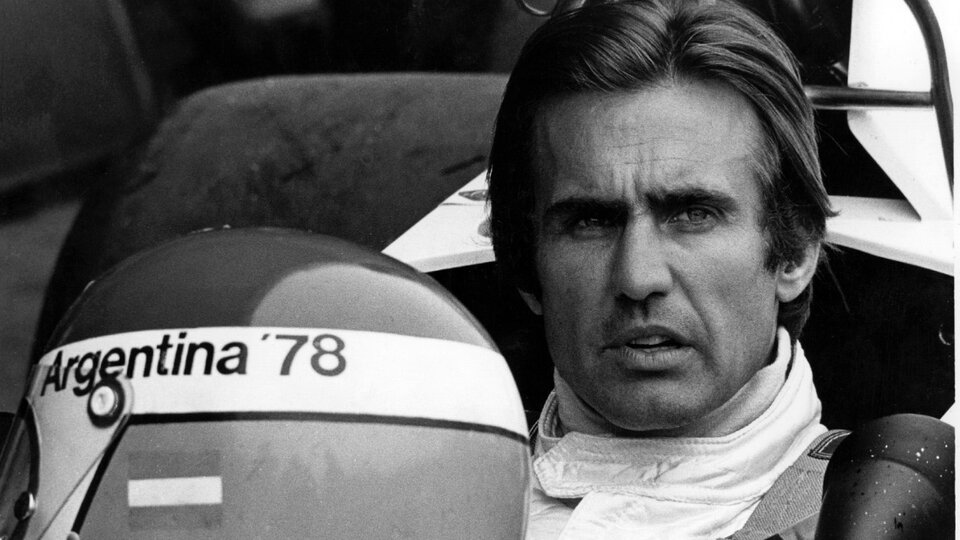 Carlos Reutemann, a true icon of Argentina in Formula 1, passed away a year ago and his name continues to be synonymous with competitiveness and re

Carlos Reutemann, a true icon of Argentina in Formula 1, passed away a year ago and his name continues to be synonymous with competitiveness and respect in the highest world automobile division.

On the morning of July 7, 2021, at the age of 79, the life of ‘Lole’ was extinguished in the city of Santa Fe. Without reaching the height of the unforgettable Juan Manuel Fangio, but with credentials to be compared to Froilán González , the pilot from Santa Fe continues to be an inescapable reference for the international ‘nut’ world.

Reutemann (Williams) was on the threshold of winning an F1 World Cup in 1981, when the Brazilian Nelson Piquet (Brabham) snatched the title from him by just one point on the circuit designed in the parking lot of one of the lavish hotels in the city. city ​​of Las Vegas.

He was a real “champion without a crown”, as another crack was baptized as Stirling Moss (who died in 2020). The Santa Fe entered the history of local motorsports and Formula 1 not only for having been runner-up, but for his driving ability and professionalism.

‘Lole’ was born on April 12, 1942, in the town of Manucho, 30 kilometers from Santa Fe, in a rural area where her father, Enrique, and her mother, Flora, plowed the fields and planted wheat.

‘Let’s go’ to see lolechones’ told the same pilot who used to say as a child, referring to the corral where the pigs were raised, which is why his own family adopted the mythical nickname ‘Lole’ to name it.

At the age of 23, Reutemann got into a Fiat 1500 four-door from Improved Tourism (today National Tourism), in a race between La Cumbre and Altos de Punilla. He dropped out of the competition.

That same year (1965), in his second race, the man from Santa Fe won the race organized by the Automobile Club Argentino (ACA) in Villa Carlos Paz.

He ran in Mecánica Argentina Formula One and tested a Turismo Carretera in 1968, under the tutelage of Oscar Gálvez. So much so, that ‘Lole’ got into a red Falcon and “fought” the vehicles of Eduardo Copello, Gastón Perkins and the already famous ‘Trueno Naranja’ of Carlos Pairetti, the champion of the category in those years.

At the Buenos Aires racetrack, in that same 1968, Reutemann finished fourth, with a “narrow” Falcon, giving a scare to emblems of the category such as Pairetti, Perkins, Juan Manuel Bordeu, Copello, Héctor Gradassi or Carlos Marincovich.

He started in Formula 2 and won his first race in the division at the Oscar Cabalén racetrack in Alta Gracia. That opened the doors of a trip to Europe, organized by the ACA.

The excursion to the so-called ‘Old Continent’ was carried out in 1970, by the team led by Héctor Staffa, with the support of the Secretary of State for Community Promotion and Assistance (SEPAC).

Two Brabham BT30 chassis were purchased, and six 270 horsepower Cosworth 1.6 engines. On the day of his 28th birthday, ‘Lole’ debuted in Hockenheim (Germany) and finished in seventh place. The subsequent Formula 1 world champion, the Austrian Jochen Rindt, won the race.

His first steps in the world’s top car division were taken at the Argentine Formula 1 Grand Prix, in a race without points in 1972. Reutemann got into a McLaren and finished third, behind New Zealander Chris Amon (Matra) and Frenchman Henry Pescarolo (Williams).

He also participated in a World Rally Championship in 1980, when he finished third -with a Fiat 131 Abarth- in the competition that took place on the roads of Tucumán and Catamarca, which was won by the German Walter Rohrl with a similar car.

Reutemann’s second experience was when he was already retired, although with intact talent, and this time he repeated third place with a Peugeot 205 Turbo 16 and on roads in the province of Córdoba.

The epilogue of his rich career was on March 21, 1982, when he retired from the top flight. It happened at the Jacarepaguá racetrack, in Rio de Janeiro, on the occasion of the Brazilian Grand Prix.