#OpinionPD | Soccer is not athletics, by Chente Oliver 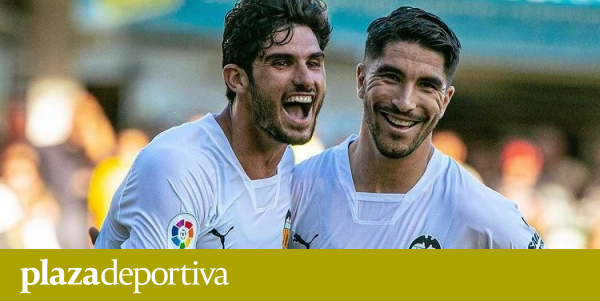 VALENCIA. Gattuso does not want to sign a central defender. He is happy with the players he has to cover that demarcation. The Italian has Pauli

VALENCIA. Gattuso does not want to sign a central defender. He is happy with the players he has to cover that demarcation. The Italian has Paulista, Diakhaby and Cömert, in addition to youth squads Mosquera and Iranzo. If things go wrong, he can even alienate Foulquier and Guillamón from the rear. Gatusso doesn’t say things because he does. All his statements are reasoned. They respond to a plan. In this case, when he assures that he does not want reinforcements, the coach relies on a detailed study carried out by his collaborators on the goals that Valencia has conceded in recent seasons. The coach explains that Valencia receives a lot of goals because they defend very close to their goal and that, with a defense as fast as the one they have, you have to throw the line higher to avoid bleeding. That is why, for example, the return of Alderete does not fit.

Everything Gattuso says makes a lot of sense. There is the statistic to corroborate it and you cannot take away an iota of reason from Don Rino. There are plenty of centrals, it’s true. And most of them stand out for their speed. But, what do you want me to tell you? I see more quantity than quality. The reasoning of the Italian can convince me in part, because it is true that Bordalás’ Valencia defended hanging from the crossbar and most goals came from lateral centers, but I do not agree with the entire message. Because, despite the speed of the team’s central defenders, I think it is necessary to provide that rear guard with a quality bonus. For me, Valencia needs to sign a central defender. A type of experience, hardened in a thousand battles, and if possible that does not take prisoners. A professionistWhat do the Italians say? For sprinters there are already the World Athletics Championships. Soccer is another sport.

It is clear that Gattuso’s priorities go through a defensive midfielder and a winger. We have had a deficit in the middle for several years and the Italian has not taken long to realize that lack. There he fully agrees with the coach. It takes a six like eating. Because none of the experiments that have been carried out to date have been successful. He urgently needs to sign a midfielder. I bet because he is Argentine or Uruguayan. That is, that he knows what this business is about. But the one to incorporate a player for the band I do not finish seeing it. Between signing an eleven or signing a central defender, I’ll take the latter. I am one of those who thinks that the house begins with the foundations. And that a good defensive solidity is essential to be able to carry out the style of football that each one considers appropriate. All methods work for me. From possession, counterattack or even the reviled direct game, but yes, always starting from defensive security. Zero goal.

Valencia’s problems in recent years have been behind. But the demands of the coach point to the central plot. Both things are related. That’s why Gattuso places so much importance on avoiding unnecessary turnovers and trying to play the ball quickly when he recovers. But we cannot avoid the fact that we have a problem upstairs. Because the future of the team’s top scorer, Guedes, is up in the air. The Portuguese, an unbalancing factor in Valencia football, scored 11 goals last season. The same as Carlos Soler for Hugo Duro’s seven. If Guedes leaves, I don’t see Maxi (5) or Marcos André (1), in a position to assume that scoring role. If Guedes leaves, it will be necessary to sign a scorer. There is no other.

Tags: chente oliver opinion, chente oliver valencia
Messi played football with his children and the video went viral
Real Madrid’s plan to sign Reece James
‘We have to put the shield where it deserves’
FOOTBALL 3173