Optimism in oviedismo: queues to get tickets and subscriptions 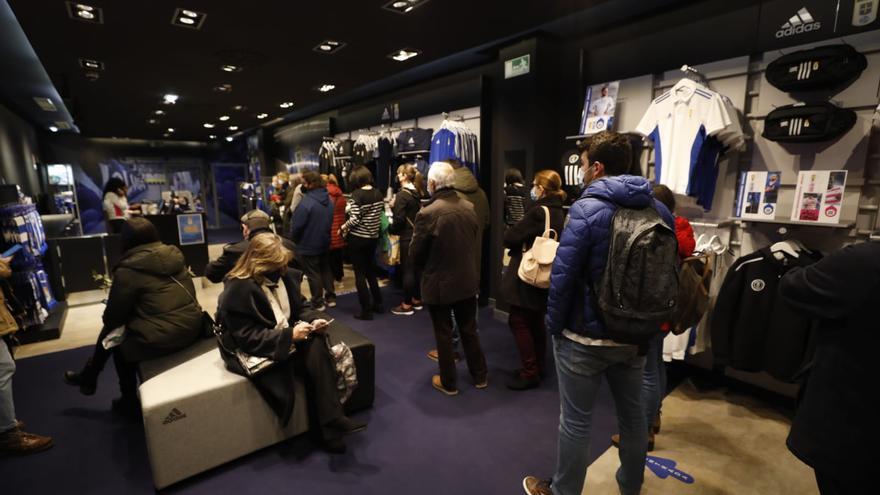 And it is that Oviedo has decided to throw in the rest in their fight for the play-off and activate the fans in order to find the best possible atmosphere in the four remaining games at the Tartiere. The club has launched a special ticket promotion that goes two ways. The first is the sale of tickets at ten euros, intended for companions of members. The second is the implementation of a special subscription at a price of 32 euros for the last four games (8 euros per game). The club announced in a statement all the details of the new promotion, which is called “Todos al Tartiere”. The news coincides with the visit of Arturo Elías, who will arrive in the city in the next few days.

Real Oviedo hosts CD Leganés this Sunday (6:15 p.m.) at the Carlos Tartiere, and the active entity for this and the next four games, two options so that the largest number of Oviedo supporters can join in supporting the team in the important matches ahead.

In this way, FROM THIS TUESDAY, APRIL 4 AT 12:00 p.m. Oviedista subscribers can opt for these options:

Companion tickets for the match against CD Leganés.

Subscribers can pick up the seats they want, at a price of €10, and from any area of ​​the course except the North Fund. There are no tickets for sale for this area, but subscribers with a Fondo Norte card can YES pick up seats for other areas of the stadium. They can be purchased at:

*It will be necessary to present the season ticket at the time of picking up the accompanying seats.

Season ticket for the next 4 games at the Carlos Tartiere stadium.

This is a season ticket valid for LaLiga matches this 2021/2022 season against CD Leganés, CD Mirandés, Real Zaragoza and Ibiza. Each subscription has a cost of 32 euros. Not available in ring stands

West, Herrerita and Presidential. Purchased at:

Online: we will inform you in the next few hours of its activation.

The day of the match they cannot be withdrawn these tickets for four matches at the stadium box office.

On Sunday, the ticket offices will open as usual two hours before the game, and the prices of the seats will be the usual ones for the season for general public: 25 euros for adults and 15 euros for under-18s.

Tags: optimism, take, tails
Tickets for the Simple Minds concert at the Coliseum are on sale
Euro 2022 | How to get tickets for the Women’s Euro 2022? Prices and how to buy them
how is the sale of tickets for the duel between Tigre and Argentinos Juniors
TICKETS 100