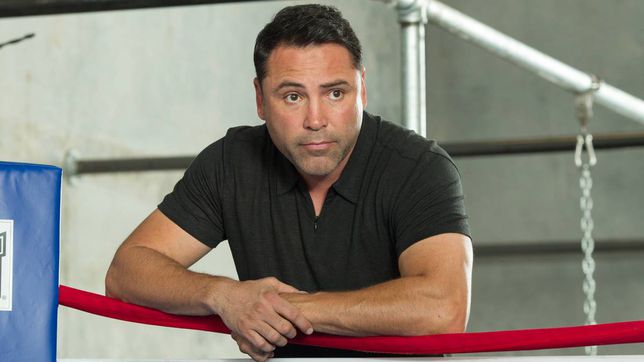 Floyd Mayweather Jr. and Oscar de la Hoya only met once during their time as professional boxers with victory for 'Money' and have been seen as riv

Floyd Mayweather Jr. and Oscar de la Hoya only met once during their time as professional boxers with victory for ‘Money’ and have been seen as rivals ever since.

However, in an interview with Ben Thompson of FightHype.com, the Golden Boy declared his admiration for Mayweather Jr. and what he has done for boxing.

“I really admire him for what he has achieved. No one understood her vision, everyone believed that he was the villain. No, he had a vision. He is an artist and a true fighter, one of the best and all of that is a testament to how he matured and saw the bigger picture,” De La Hoya stated.

In their fight, held at the MGM Grand in Las Vegas on the May 5, 2007 card, De La Hoya earned $52 million and Mayweather $25 million, when considering the percentage of revenue generated through PPV. .

Now, Mayweather and De La Hoya represent two of the best boxers in the figures of Gervonta Davis and Ryan Garcia, respectively. So both must reach an agreement if they want that fight to be carried out.

YOU MAY BE INTERESTED: García to Mayweather: At any weight, any date and place

Leaving all possible animosity between the two, the ‘Golden Boy’ declared that he would like to do business with Mayweather Jr. in Las Vegas.

“Maybe there’s something we can do in Vegas together, some business. I heard that the NBA has plans for the city. Maybe we can unite and help a team to come to the house we built, because we built Las Vegas,” De La Hoya said.

Multiple reports indicate that the NBA plans a team in Las Vegas and both Mayweather and LeBron James have shown interest in owning that franchise.

Duel of the Titans will be the boxing proposal for this Saturday in Rosario
Mike Tyson confessed what his biggest and toughest fights were
They go for 5 gold! key day for boxing
BOXING 3639

Loading...
Newer Post
The 10 most impressive cars of the best boxers in the world
Older Post
Women’s Soccer: The two continental competitions that are being played | football 123