Although it has not been the best beginning of the season, Lewis Hamilton hopes to return to action as soon as possible once the important trip he

Although it has not been the best beginning of the season, Lewis Hamilton hopes to return to action as soon as possible once the important trip he has made is over while taking advantage of this break that Formula 1 has. The seven-time world champion is still far from Max Verstappen in the drivers’ classification table, but he dreams of getting closer in the second part of the year.

The British pilot recently surprised with the vacations he takes in Africa, with the intention of tracking down and reconnecting with his roots, which will surely bring him to the tracks with renewed energy. But even though it’s not in competition, Lewis Hamilton He has surprised everyone, since he has achieved a new sporting record outside the circuits.

Hamilton has not had the best of his seasons, although he has proven to be quite regular compared to his rivals.

Rob Walton has acquired the Denver Broncos for the sum of 4.650 billion dollars, a record amount in terms of purchases of sports institutions. One of three retail investors in the heir to the “Walmart” supermarket chain is the Mercedes broker, as well as Starbucks chairman Mellody Hobson and former Secretary of State Condoleezza Rice.

Notably Lewis Hamilton and the two women named above are of African-American descent, which has been something the NFL has seen as a positive as it seeks to promote diversity in the league. The seven-time world champion will now have to participate in decision-making, such as renewing links or acquiring new players. 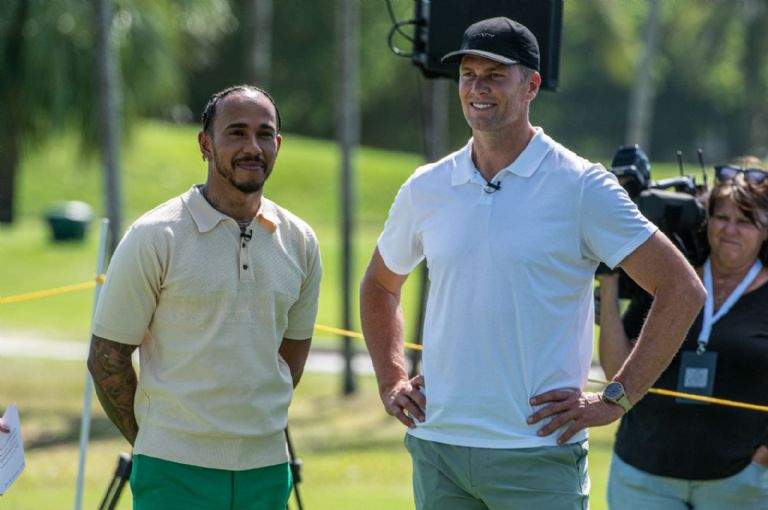 Hamilton maintains a great friendship with Tom Brady, legend of the NFL.

In addition, the British It will also have an impact on the renovation of Empower Field at Mile High, home of the Denver Broncos, or the construction of a new high-tech sports venue. Although the current location is quite young, since it has been 21 years since its last refurbishment, it fell far behind in terms of modernity and, above all, in generating income.

Lewis Hamilton He will have to immerse himself quite a bit in the world of American Football, since his word in the meetings between the four responsible for having acquired the Denver Broncos will be weighty. A priori, a decision is coming that will be of vital importance for the institution.

Russell Wilson, quarterback of the Colorado capital team, awaits the renewal of his bond or he will have to look for a team again, despite the fact that he arrived in March from Seattle. The problem that the Briton will have along with the rest of the directors is to see if they will be willing to pay the 260 million dollars over five years that the athlete requested.

Tags: Lewis hamilton, Denver Broncos
F1 Russian GP 2021 – Free Practice 3 of the Russian Formula 1 Grand Prix live
Formula 1: Hamilton and a raw memory about the definition of the 2021 title with Verstappen
While waiting for Hamilton, Mercedes lights up Formula 1 with a shocking post
FORMULA 1 2452

Loading...
Newer Post
Fourth Coldplay show in Chile: When is the ticket sale
Older Post
Honduran boxer took his own life in the city of Boaco