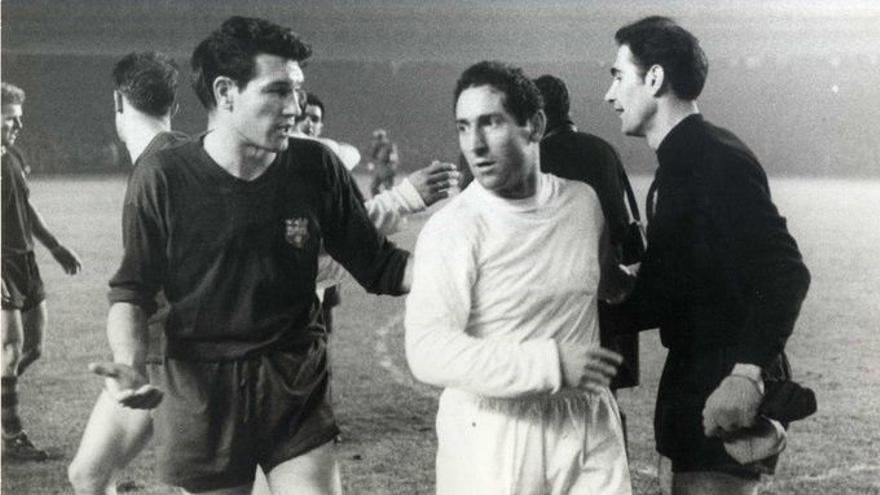 These days we are honoring the great Paco Gento, a ball genius, an extraordinary soccer player who destroyed the

These days we are honoring the great Paco Gento, a ball genius, an extraordinary soccer player who destroyed the defenses with his devilish speed, capable of stopping dead at 200 per hour and leaving his opponents sitting.

Gento was, without a doubt, the best example of the football by the ends of its time, a soccer scheme very different the one practiced today, a total football of attack and counterattack, in which the speed of the ends was decisive. And in that type of football Gento was the most outstanding figure, hence his fame and his indisputable prestige.

From that time there are many illustrious extremes that also deserve recognition, although without a doubt the most remembered is Henry Collar, a brilliant player who was linked to Athletic throughout his sporting life, and who is currently the president of the Club Atlético de Madrid Foundation.

Both Gento and Collar belong to a generation that practiced Total soccer, with five forwards, an attacking football that has taken steps to tiquitaca practiced today, possession of the ball, passes and more passes, a football perhaps more effective but lacking the insurmountable emotion to see the great extremes of those times gallop by the bands.

Tags: Among all, "Paco Gento and total football"
Women’s football continues to break barriers based on goals
“It was worth getting up early to see the MotoGP races of the Indonesian Grand Prix”
Women’s football: same rules, different respect
FOOTBALL 2326

Loading...
Newer Post
The boxing evenings will return to the central court of El Sargal on February 19
Older Post
NBA: The ‘creation’ of Pablo Laso’s father and former Fuenla that surprises the Suns leaders