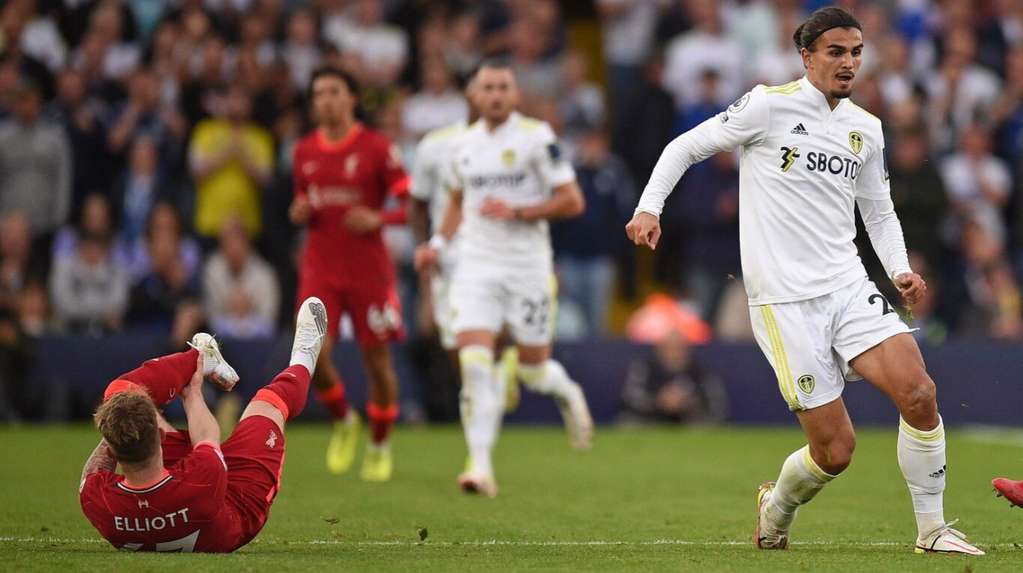 Leeds United, led by Marcelo Bielsa from Rosario, deepened its bad moment in the Premier League on Sunday with a 3-0 defeat at home against Liverpo

Leeds United, led by Marcelo Bielsa from Rosario, deepened its bad moment in the Premier League on Sunday with a 3-0 defeat at home against Liverpool, in the match corresponding to the fourth date. This duel also saw the chilling injury of Harvey Elliott, after a foul by the Dutch Pascal Struijk.

Beyond the result of the match and the difficult present that his team is going through, the Argentine coach put emphasis on what happened to the 18-year-old midfielder. “I am very sorry that the rival was injured. I am 100% sure that our player had no intention, &#8220;said Bielsa after the match.

From what is seen in the images, Struijk had no intention of hurting his rival. In fact, at the time he does not seem to have realized what happened. In any case, the VAR informed the referee of what happened and the judge proceeded to show him the red card.

“Thanks for the messages. Road to recovery, ”Harvey Elliott wrote on his Instagram account. The young talent had to retire on a stretcher from the field of play and the images were not encouraging: in the next few hours they will carry out corresponding studies to establish the severity of the injury, although it would be a fracture in the ankle.

When it comes to football, Liverpool clearly outperformed their opponents and showed why they are one of the leaders of the Premier League. Egyptian striker Mohamed Salah opened the scoring within 20 minutes of the first half and reached 100 goals in the English league. Brazilian Fabinho extended the lead 4 minutes into the game and Senegalese Sadio Mané sentenced the story in the second minute of addition for those led by Jürgen Kloop at Elland Road.

Bielsa&#8217;s team had an afternoon to forget against an incisive Liverpool in attack through Salah, Diogo Jota, Sadio Mané and the push of Fabinho. The visit came much more and the host only had two situations in the second half through Patrick Bamford: a heads up against Alisson Becker and a long distance shot.

Leeds gathers only two points and is one step away from falling into the red zone of the relegation that today has them to Burnley, Newcastle and Norwich City.

Liverpool, who have won eight of their last nine on the road, are the other side because they won the third win in four games played, remain undefeated and share the top with Manchester United and Chelsea.

Tags: Marcelo bielsa, Premier League, Liverpool
Sunday of great football in Europe
Liverpool, a failure and a dream
One of the temples of English football will be renovated
FOOTBALL 750