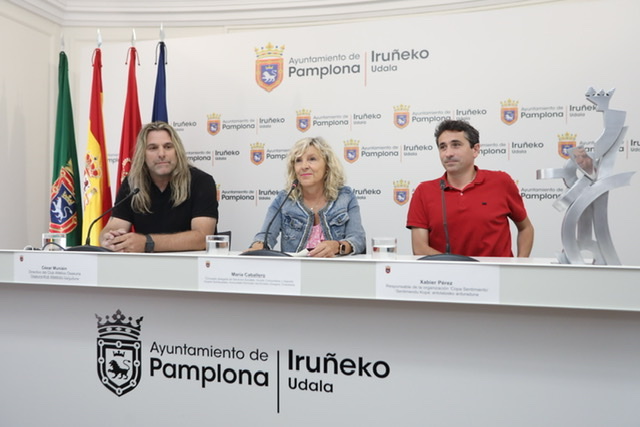 The Club Atlético Osasuna Tajonar facilities will host the first edition of the 'Copa Sentimiento' between August 5 and 7, a tournament in whose c

The Club Atlético Osasuna Tajonar facilities will host the first edition of the ‘Copa Sentimiento’ between August 5 and 7, a tournament in whose creation the Pamplona City Council has participated and which seeks to value the high level of competition that women’s football has reached in Spain. With the aim of becoming a fixed event in the sports calendar, this first event will have as guests three of the best clubs in the national arena, such as Real Madrid, Real Sociedad and Levante.

The first edition of the ‘Sentiment Cup’ was presented this morning at the Pamplona Town Hall in an appearance in which the Councilor for Social Services, Community Action and Sports, María Caballero, as well as the director of the Club participated. Atlético Osasuna, César Muniáin and the person in charge of the organization Xabier Pérez.

In this first edition of the championship, Osasuna Feminino faces three of the most important teams in Spanish football. Real Sociedad and Real Madrid finished second and third last season, qualifying for the Champions League qualifiers, while Levante, who participated in the last edition of Europe’s top competition, finished sixth in the Spanish league.

The Feeling Cup, whose name and trophy are taken from the sculpture created in honor of the fans on the occasion of the centenary, will be held during the weekend of August 5 to 7 in Tajonar. The semifinals will be played on Friday, August 5, while on Sunday, August 7, the match for third and fourth place and the final of the tournament will be held. In the semifinals, the women’s team from Club Atlético Osasuna will face Real Madrid, while Levante and Real Sociedad will play for the other place in the final.

Pamplona City Council, in its eagerness to support women’s sports, and as part of the celebration of this first edition of the ‘Copa Sentimiento’, will also hold an institutional reception for the participating teams. On Friday, August 5, before the start of the competition, Mayor Enrique Maya will receive representatives of the four participating teams at the Town Hall.