Panamanian boxing reactivated in 2021 despite the coronavirus pandemic 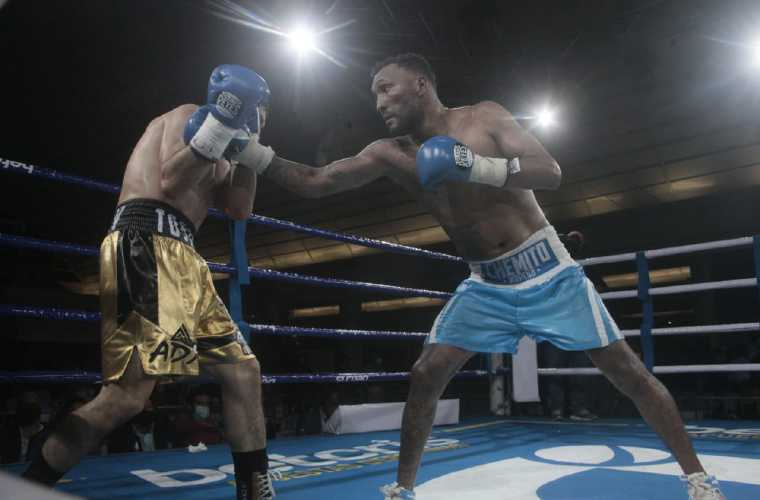 After a year 2020 in which the coronavirus pandemic stopped the sport, boxing in Panama was reactivated in 2021 with more than ten functions.In 20

After a year 2020 in which the coronavirus pandemic stopped the sport, boxing in Panama was reactivated in 2021 with more than ten functions.

In 2020, only two primers were issued before the pandemic hit the country. However, in 2021, Panamanian boxing was reactivated with a total of 14 functions, a positive number taking into account that the pandemic has not yet ended and that it is going through a difficult economic situation.

The company G&V Entertainment, of the promoter Diego Victoria, led the organized functions with a total of seven (50% of the total).

Boxing programs were also organized by the companies Laguna Premium Boxing Promotions, from the promoter Rouss Laguna and Sampson Boxing, from Sampson Lewkowicz, with a total of two each.

For the president of the Professional Boxing Commission of Panama (Comibox), Jaime Salas, the year 2021 has been positive despite the difficulties they have had to face due to the coronavirus pandemic and its economic consequences.

“Compared to other countries we have had a significant number of functions. It was possible to reactivate boxing after a difficult 2020, ”said Salas.

Salas highlighted the effort that was made from May to December 2020 when they had to obtain permits from the health authorities to be able to restart the activity.

“We had to fight not only to get the endorsement to perform functions, but also to reopen the training gyms,” Salas explained.

The leader of the Comibox of Panama also praised the support of promoters such as Diego Victoria, who, in addition to organizing most of the boxing functions in the year, was active when the Ministry of Health’s permits were being processed to resume the activity.

Panama ends without world champions in 2021, a year in which few opportunities were presented to Isthmus boxers.

2021 began with Luis ‘El Nica’ Concepción as interim WBA flyweight world champion, but this body eliminated these belts. However, they gave the Panamanian the option of contesting the regular universal crown against the Ukrainian Artem Dalakian.

In that fight, held on November 20 in Ukraine, ‘El Nica’ Concepción lost by technical knockout in the ninth round to Dalakian.

The second and last world championship opportunity for a Panamanian in 2021 was for Nataly Delgado from Veracruz on November 26.

Delgado disputed the world super flyweight crown of the International Boxing Federation (FIB) against Argentina and the monarch, Micaela Luján.

In this meeting, held in San Luis, Argentina, the Panamanian lost by unanimous decision.

“They were difficult fights for the Panamanians who played world titles. In both cases they were in the condition of visitors and in front of solid world champions ”, said Salas.

In the last rankings of the world boxing organizations, the highest classified Panamanians are the former world champion Anselmo ‘Chemito’ Moreno and Ricardo ‘El Científico’ Núñez from Chorrerano.

Other Panamanians in the top ten are Jezreel ‘El Invisible’ Corrales (No. 8 lightweight in the WBA); Jaime Arboleda (No. 8 WBA super featherweight); and Bryan De Gracia (No. 8 at WBA super bantamweight).

In total, ten Panamanians are within the top 15 positions in the world rankings of the main international boxing organizations.

The boxer will make the third defense of his title in his native Tijuana
The best knockouts in boxing in 2021
Boxing: Joel Arena ranks 7th in the national ranking in the Super Feather category
BOXING 1350