Paris Saint-Germain draws in their visit to Strasbourg | Soccer | Sports 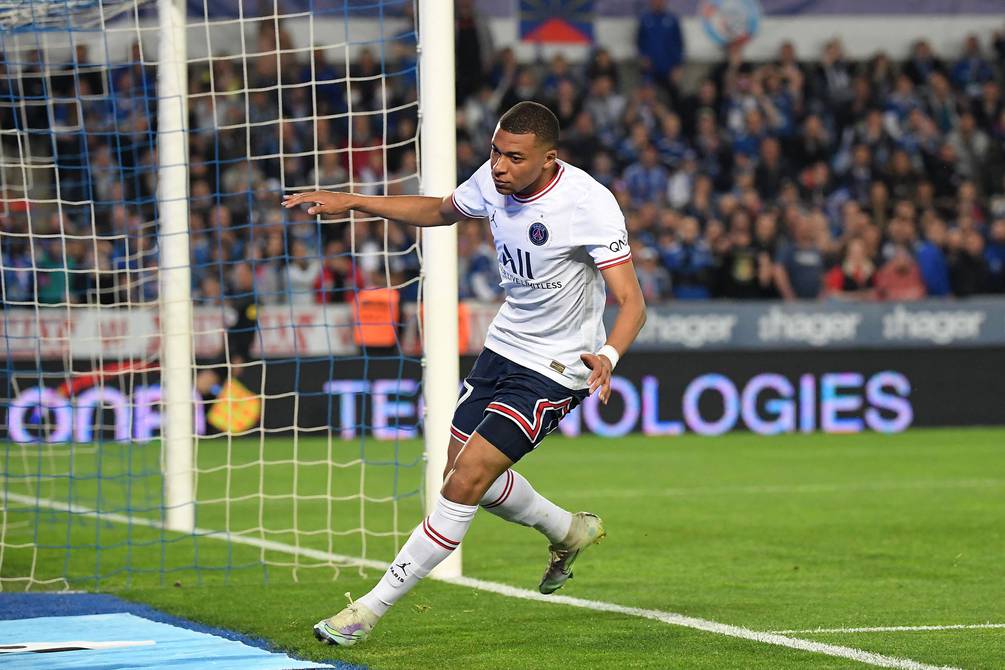 Despite a double by Kylian Mbappé, Paris Saint-Germain, who mathematically secured the French Ligue 1 title last weekend, did not go beyond the 3-3

Despite a double by Kylian Mbappé, Paris Saint-Germain, who mathematically secured the French Ligue 1 title last weekend, did not go beyond the 3-3 draw in Strasbourg, this Friday at the start of the 35th day.

PSG now only has to play for the honor, after having won its tenth title in the French league.

Mbappé was once again the protagonist of the team from the French capital, with two goals (minutes 23 and 68) and an assist for Achraf Hakimi’s goal (64), so he had a great night in Alsace.

However, his teammates were not so inspired and PSG could not open their title with a victory.

Strasbourg had gone early on the scoreboard, with a goal from Kevin Gameiro in the 3rd minute.

Afterwards, Paris Saint-Germain had managed to get 3-1 in favor with those two goals from Mbappé and the one achieved by Achraf Hakimi, which seemed to give the visitors the victory.

But in the last quarter of an hour, Strasbourg reacted and was able to balance until the final 3-3, thanks to a goal against Marco Verratti (75) and a goal in the final stoppage by Anthony Caci (90+2).

Gameiro’s goal was the fastest PSG have conceded this season.

“I’m happy because we played a very good game. We have played good football at various times. We were professionals and that’s important to us,” said PSG’s Argentine coach, Mauricio Pochettino.

“Kylian doesn’t surprise me. It’s a shame we didn’t kill the game at 3-1 and had chances at 3-2. I hope that he (Mbappé) can be the top scorer in the championship. Kylian has helped us a lot to achieve the title”, he added.

The Paris team has not won this season on the pitch of any team in the top eight of Ligue 1.

The draw allows Strasbourg, which is in the middle of the race for European places, to provisionally snatch fifth place from Nice, who play Bordeaux on Sunday.

Mbappé once again demonstrated his effectiveness, at a time when all eyes are on him to find out whether or not he will continue at PSG next season.

At the moment, the French star is consolidated as the top scorer in Ligue 1 (24 goals) and as the best passer (15 assists).

In the scoring table, Mbappé now has a three-point lead over Martin Terrier (Rennes), who has 21.

“We didn’t know how to keep the result today, it’s a shame. You have to congratulate Strasbourg, they haven’t given up,” said Mbappé after the game.

Lionel Messi and Neymar were also starters, but their game was much more discreet.

Messi finished the match, while Neymar was replaced in the 87th minute by Ángel Di María. (D)

Javier Aquino: “Final of Concacaf is indifferent to me”
Women’s soccer | Madrid – Granadilla postponed for 13 positives in the white club
which clubs want you and how much would they pay for your pass
FOOTBALL 2733