Patrick Beverly, to the Lakers 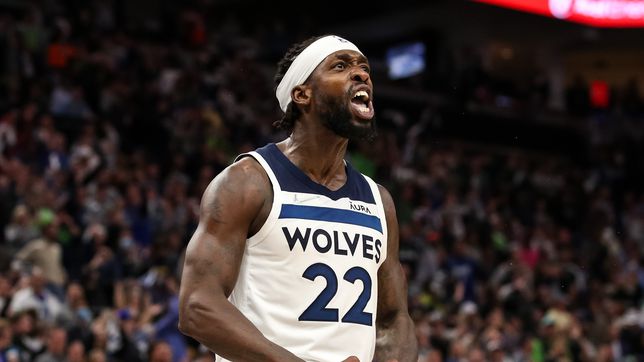 The final design of the Lakers 2022-23 begins. It had to be like this. The Los Angeles team had been connecting points and moving behind the scen

The final design of the Lakers 2022-23 begins. It had to be like this. The Los Angeles team had been connecting points and moving behind the scenes waiting to see what would happen with Kyrie Irving. Little by little, it seemed that the point guard would continue with the Brooklyn Nets, where he will play on the last of his contract (for now). With the Kevin Durant-Nets reconciliation consummated, by force they hang, the last door was closed to the big three Kyrie Irving-LeBron James-Anthony Davis (again, for now). So the Lakers, absolutely in need of moves, have put plan B in motion.

The Lakers have signed Patrick Beverley, the 34-year-old baseman who has made fame and a career as a defensive specialist, an outside guard dog who was seen outside the NBA (he played in Ukraine, Greece…) before passing through Houston. Rockets (2013-17), Los Angeles Clippers (2017-21) and Minnesota Timberwolves (2021-22), where he helped significantly return the team to the West playoffs last season. Sent to the Utah Jazz in the Rudy Gobert trade, he didn’t make much sense in Salt Lake City, where he smacks of rebuilding, now without Gobert and with the departure of hot Donovan Mitchell. Beverley returns to LA to change sides: he will now play for the Lakers.

In exchange, the Jazz get Talen Horton-Tucker and Stanley Johnson. The first is a 21-year-old guard with a lot of potential but who disappointed last season. The Lakers gave him a three-year, 32 million contract in August 2021. He had left many details as a rookie surprise (2019-20) and was proclaimed champion in 2020, the second youngest in history (19 years and 322 days) only behind Darko Milicic. But last season was very difficult for him, with little confidence in his shot and a very poor mix with Russell Westbrook in the dysfunctional backcourt of the terrible 2021-22 Lakers. His contract, with a player option for the 2023-24 season for 11 million, reduced his attractiveness as a transfer piece: if he wakes up and stands out, he will choose to be a free agent next summer and the team that takes him will lose control over your situation. Stanley Johnson brought fight and fresh legs last season, but he’s a residual player. The journalist Jovan Buha, one of those who knows the Lakers’ environment best right now, assured days ago that both Horton-Tucker and Johnson had a priori little reserved weight in the rotation.

The Jazz have a year to see what they can get out of THT. The Lakers? They take an ultra-competitive player, who scores free kicks, who has plenty of character (sometimes in the worst sense) and who in the last five years is the second defender who provokes the worst direct percentages in his pairings: 41.3% Giannis Antetokounmpo, 41.9% Beverly. The fourth, by the way, in Anthony Davis (42.3%). Good thing for the new coach, Darvin Ham, who among other things has to stitch together a defense that was historically good in the 2020 ring and desperately bad last season (21st in the NBA), at the close of Frank Vogel’s cycle.

The Lakers have not given any draft round, something important. The 2×1 format allows them to free up a hole in the rotation and, thinking about the future, removing the THT contract brings them closer to 30 million dollars of salary margin (for now) for the 2023-24 season, when (if things do not change) will be a free agent, among others, Kyrie Irving. But there is more, of course: the Lakers still have to make the big move, the one that removes Russell Westbrook from the team and enhances a very poor rotation right now. The favorite option, Kyrie ruled out, remains the Indiana Pacers: shooting guard Buddy Hield and center Myles Turner. The question is whether or not to include a second round of the draft. With only one first-round pick, the Pacers won’t accept. The Lakers are torn between resigning themselves now, giving another first and tying up their new project (and getting rid of Westbrook and his last year of contract, a key issue) or pressing a little more to see if they can at least make that second round conditional or an exchange of picks (swap). The aforementioned Buha assumes that if the Lakers go through the hoop and give the first two, the agreement would be closed, Westbrook would leave and the Californians would have a new and promising form: Beverley, Hield, LeBron, Davis, Turner. If not, they will have to look at other options, such as what is left over (Bojan Bogdanovic…) in the Utah Jazz when Donovan Mitchell leaves (it seems like a matter of days) for the New York Knicks.

Finally, the movement may leave clues about how few hours Russell Westbrook has in LA Beverley is Westbrook’s great enemy, a player with whom he has had sustained problems, a constant itching, since an action by Beverley, quite gratuitous, injured Westbrook in the 2013 playoffs (Thunder-Rockets). Beverley went to steal the ball and tighten Westbrook’s nuts but hit his knee causing a meniscus problem that knocked Westbrook out of the playoffs. Beverley has spoken several times about this incident and has openly assured that he believes it damaged his career: “Coaches, players… everyone began to see me differently.” And Westbrook recently charged, and it wasn’t the first time, against Beverley: “He doesn’t do anything, he runs around doing nothing, but that’s how he fools you all.”