Pau Gasol’s most important game in his NBA career? (Video) 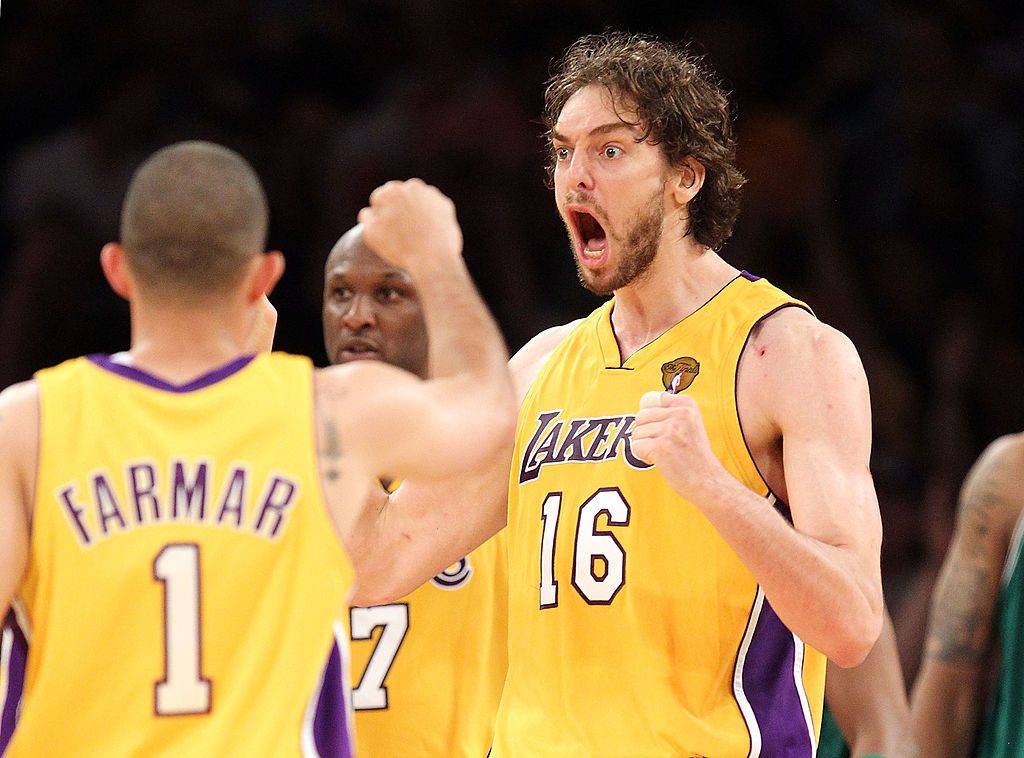 June 17, 2010 Pau Gasol won his second NBA champion title, both in a row and with the Lakers,

June 17, 2010 Pau Gasol won his second NBA champion title, both in a row and with the Lakers, by beating the Celtics (83-79) in an exciting seventh game of the Finals.

The entire NBA season in one game. Perhaps that meeting can be considered the most important of Gasol’s NBA career, a seventh game of the Finals and against the Celtics, who at that time had Kevin Garnett, Paul Pierce, Ray Allen and Rajon Rondo in their ranks. The Spanish international responded with 19 points, 18 rebounds, 4 assists and 2 blocks, being decisive in the final section with several actions and receiving considerations to have been chosen as MVP of those Finals. A recognition that ended up rewarding Kobe Bryant.

Relive what happened with the exciting final minute and a half of the meeting, with the ring in play and narration in Spanish:

Special NBA video about what happened in that seventh game between Lakers and Celtics:

4 players available in the NBA who could make a good pair with LeBron James
NBA: Stephen Curry, what place does he deserve in history? Top 10, Top 5 … the best?
Golden State Warriors – Houston Rockets, live
NBA 2818