Paying millions to not be able to play is called football 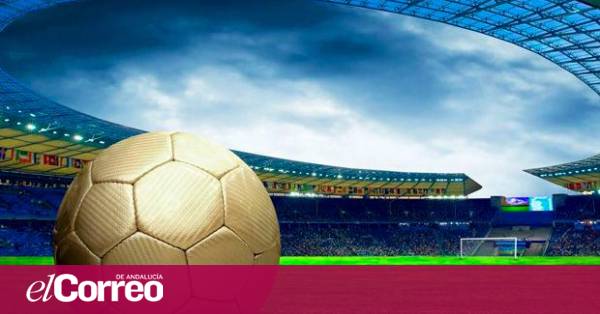 Hallelujah. Well-informed ambiguous sources guarantee that the reincarnation of the Marx Brothers and their scriptwriters are not working in the

Hallelujah. Well-informed ambiguous sources guarantee that the reincarnation of the Marx Brothers and their scriptwriters are not working in the economic-financial department of Spanish clubs such as Barcelona and Betis, where there is a group of contracted players with millionaire payrolls who cannot be registered. for the League because the amount of the salary mass of the workforce is higher than the maximum authorized by the organizers of the competition. The denial, ratified in the VAR, makes it possible to invalidate the rumor that a 2.0 version of its contract model, well-known throughout the world for its first clause, had been devised for first-class football: The contracting party of the first part will be considered as the contracting party of the first part. Therefore, do not pay attention to the hoaxes that circulated about the second clause of the football contracts drawn up this summer. The contracting party of the second part will not be considered as the contracting party of the discounts, nor of the extensions, nor of the shootouts on penalties. Hallelujah.

Commit to paying transfers and salaries without having money or budget margin. That yes that are feints and not those of Iniesta. Sign workers like Koundé with the amount that will presumably be obtained through the hypothetical figures of income from the theoretical sale of other colleagues. Now that is the other football and not Chiellini’s elbows. Ask the employees with more seniority in the company to reduce their emoluments so that the new ones, who have arrived with a desire to take over their positions, can receive what they have been promised. That yes that are goals in own goal and not those of Unai Simón.

The fans, fed up with inflation in the grocery store, no longer want to wave at the wingers who are skilled in dribbling, but rather at footballers like Umtiti, the best central defender of a long-post contract, who has received three million euros without Neither his club, Barça, wants to line him up, nor is anyone else interested in taking him to his dressing room. And to liven up the wait while the Betis board is able to pass the express first-year math course of the zero-sum game to enroll Joaquín, who decided to continue one more year with his boots on, on the social networks of the world is going to convene a contest of jokes, memes and dances to share with the portuense the joke that his acclaimed renovation for the moment is equivalent to being in the stands.

Eureka. Football achieves the impossible in Spain. All sectors of public, concerted and private education have come together to jointly ask the Government to once again reform the Education Law. Because we cannot allow our teenagers to continue in the Compulsory Secondary Education classrooms without receiving training in football accounting and their imaginative algebra. They promise that in a year we will have the best quarry of boys and girls empowered to sell a broken motorcycle even to the ‘men in black’ of the European Central Bank.