Peace was made: the Pelicans give 231 million to Zion Williamson 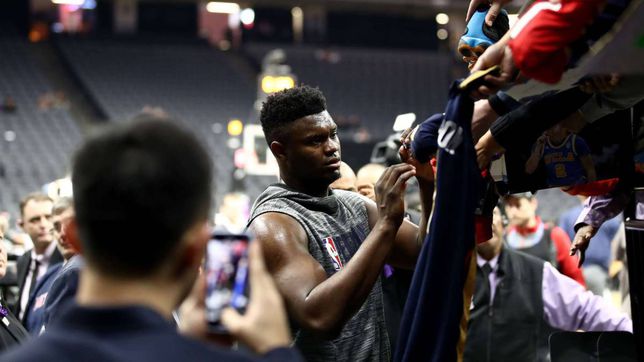 Happy ending for one of the most complex, tense and tangled stories of the NBA in the last three years. Zion Williamson, number 1 in the draft in

Happy ending for one of the most complex, tense and tangled stories of the NBA in the last three years. Zion Williamson, number 1 in the draft in 2019 and one of the most anticipated college players in NBA history, will sign his maximum extension with the New Orleans Pelicans. This will be for five years (until 2028 because he will start counting next season) and can reach 231 million dollars. To do this, Zion has to make it into the All NBA quintets for the 2022-23 season. Or be Defender of the Year. He will thus activate the maximum capacity of his designated rookie status, an extra category in the extensions of the rookie player contracts. If he doesn’t meet one of those requirements, the new contract will ultimately be about $193 million.

Zion has not played for the entire 2021-22 season due to a complex foot injury. A problem in which the Pelicans sinned by miscommunication and that became entangled until creating a toxic situation that pointed to the departure of New Orleans from Zion, who has spent the last few months involved in controversy due to his weight and his future plans . That if his relatives publicly declared that he wanted to play in New York, that if no one from the franchise was spoken to, that he was recovering in Oregon next to the Nike headquarters and not in Louisiana… Finally, an agreement has been reached that the player wanted, although both parties will introduce, it seems, variables to ensure certain guarantees.

Zion, the Carolina phenomenon who rose as an ultra-media star at Duke, is a unique player, something never seen in the NBA: only 1.98 and 129 kilos (which gossips have placed closer to 150 during his convalescence ). In recent weeks he published images in which he was seen in perfect physical shape, and it has been a long time since he buried the hatchet with a franchise that, in addition, has recomposed itself in sports and last season finished in the playoffs after a grand finale of the course that coincided with the arrival of CJ McCollum.

Rare gems are hard to find. The Zion 2 ‘Hope Diamond’ hones in on the star quality he stepped onto the court with since day one.

The question with Zion, until proven otherwise, will always be whether his body can hold up to an NBA season, since his build is so special for a basketball player. The third course has been blank, and in the first, as a rookie, he took a long time to debut and only played 24 games. In between, however, he left behind a great 2020-21 season in which he was an all-star, played 61 games and averaged 27 points, 7.2 rebounds, 3.7 assists and 61% shooting. He now has to start almost from scratch… but with many millions guaranteed and in harmony with the franchise that chose him as one of the most anticipated No. 1s in draft history.

Loading...
Newer Post
They look for the new MMA talents in a “Challenge of Champions”, photo
Older Post
Formula 1 | Daniel Ricciardo hit Lando Norris in the face with a ball in the British GP preview | F1 | VIDEO | RMMD | SPORT-TOTAL