Pecco Bagnaia recognizes that: “Today I screwed up” 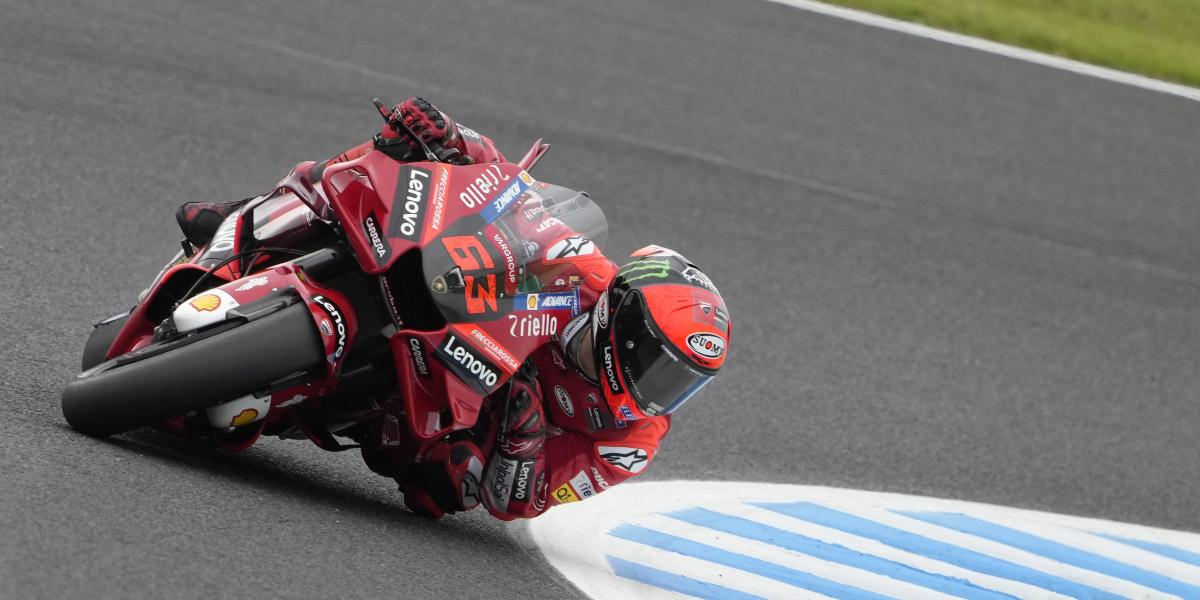 The Italian Francesco “Pecco” Bagnaiawho fell during the dispute with Fabio Quartararo for eighth place in the MotoGP race, acknowledged: “Today I made a big mistake. I screwed up, because I tried to be in front from the start, but I couldn’t do anything It was difficult for me to do everything, “he confessed”.

“It’s a bit strange, because this morning everything went perfectly. We were lucky that Quartararo didn’t make a difference and that he didn’t make much progress, like me, and that Aleix had a problem. But this can’t happen because today was a day to not make mistakes, not lose points and try to win some, but on the last lap I tried because I knew that I could only get by under braking, because when accelerating the other bikes had more traction than me, and we had to see why”, explained the Italian.

“I’ve tried and I’ve made a very serious mistake, I’ve apologized to the whole team, because they’ve done a great job and I haven’t finished it, that’s what bothers me the most,” insisted Bagnaia.

Regarding his teammate, he highlighted that “Jack has been very, very fast throughout the weekend; on Friday he also did the same time as me, but with four tenths lost due to meeting the ‘wild card’, which caused him to lose a lot of time, and yesterday he was going very fast and then , what happened this morning is that the pace was more or less similar, but he had more traction than me and we tried to do something, but all weekend he was at a higher level”.

“We have to look at what happened, especially because I couldn’t overtake, which normally isn’t a problem for us, but today it was,” insisted the Ducati rider.

From his fight with Bastianini he recognized that “he was going faster when he overtook me and I would have done the same. He got ahead and made up time with Quartararo, but then I came in stronger and overtook him, as is normal and as I have said before these races, that since we don’t have team orders, we only have to think about respecting each other and it is correct to do so”.

Quartararo: “With the hook in the neck from the first round”
MotoGP | Mir: “It will be a very long race and to manage tires”
MotoGP | Mir: “Rins’ co-leadership motivates me”
MOTOGP 1019