Pedro Guevara envisions a future within the sport of his loves 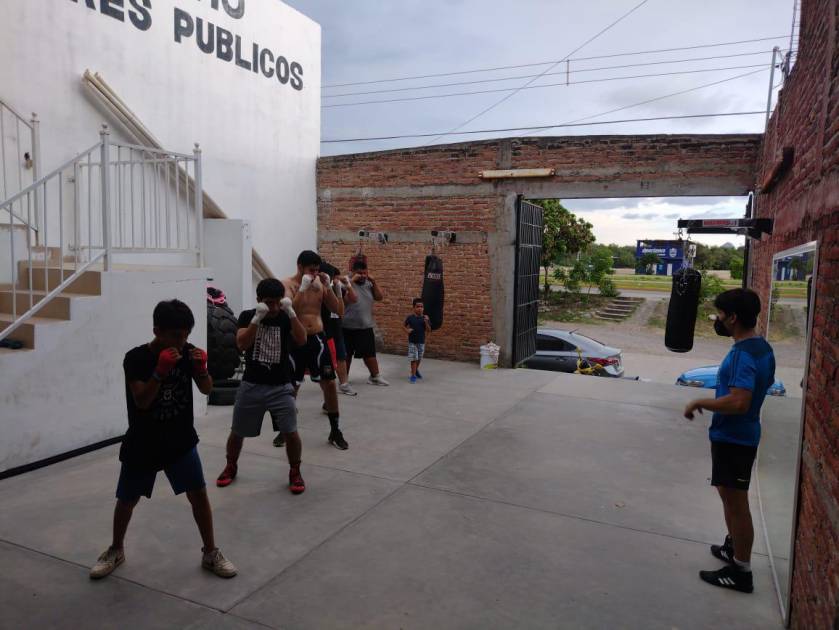 MAZATLÁN._ Retirement is far from close for Pedro Gibrán Guevara Rocha, but the possibility of visualizing his future is. The former world boxing

MAZATLÁN._ Retirement is far from close for Pedro Gibrán Guevara Rocha, but the possibility of visualizing his future is.

The former world boxing champion continues his career in professionalism and with more regularity than in previous years; However, since last year he believes that he found a special facet of himself and certainly within the same discipline that he loves so much.

The teaching of his experiences and knowledge was born without thinking, it was through the request of a small friend interested in learning boxing, and from there he has not stopped and has combined his career as a professional boxer with that of a talent trainer.

And it is clearly the path that you will follow when you say goodbye to the demanding sport and hang up your gloves.

“I think it was already destined to start transmitting what boxing has given me, so many years in boxing, because I have also been preparing myself for when I retire from this sport, to teach and also see it as a way to sustain myself,” he said. Guevara Rocha

“The boxing school that I have together with my partner Juan José ‘Cheché’ Lizárraga Pasos, started I think maybe also for sustenance, since everything became difficult with the issue of the pandemic and the truth starting with the little school helped us a lot in terms of livelihood ”.

The lawyer by profession sees a future fully dedicated to the preparation of future boxers in “Guevara Box”.

“The school was started up first as part of financial support, but also with a view to the future of training fighters so that they can be fired up, because all those who start out wanting to learn, at some point some want to ‘get stuck’ and get on. to the ring.

“So we want to do it well, correctly and with discipline, that they fight well, that they know what boxing is about, both the risks and the efforts that have to be made to get into a ring.”

The also lawyer by profession will bet with everything to bring the growth of this gym to transmit all the learning received by his mentors Marcos Hernández and his son Radamés Hernández.

“I want to make what we currently have bigger, not only to stay in the gym, we want to make it a bigger space, but we will do it as time goes by, everything will happen.

“From what I do in boxing, what remains of me, what remains of professional boxing, I will seek to make a gym in a big way, a beautiful gym, a gym that I have always dreamed of, where I can teach what I I was taught by my mentors ”.

Tags: Juan jose
Tamaulipecos stand out in the Olympic Boxing Festival
Cuban team is reduced to World Boxing Championship in Belgrade
They make up the Tlaxcala boxing team that will participate in the 2021 National Popular Games
BOXING 960