Pekovic’s radical turn: from the NBA to linking up with the mafia 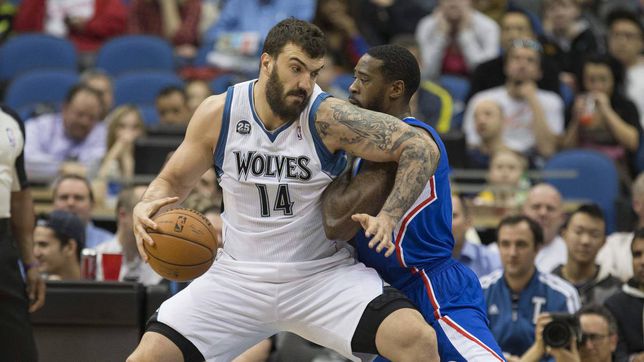 In a league as predominant as the NBA, in which very few Europeans manage to gain a foothold in one of its franchises, Nikola Pekovic did. A rough

In a league as predominant as the NBA, in which very few Europeans manage to gain a foothold in one of its franchises, Nikola Pekovic did. A rough, rough pivot, a dominator in the area, a player who reached the ‘best league in the world’ to stay with the Minnesota Timberwolves for seven seasons, of which he played six.

A short but fruitful journey, and in 2013 he statistically became the best European center in the entire NBA, with 17.5 points and 8.7 rebounds per game, ahead of figures as iconic as Pau and Marc Gasol. A golden age that ended very soon, and it is that only three years later he was forced to retire, at the age of 30, due to injuries, and with a fortune of more than 73 million dollars.

It was then that his life took a radical turn, and that is that in 2017, months after his retirement, he had several problems with the Belgrade police, who found drugs and weapons in an Audi with American plates and that was registered in the name of Pekovic. . The former player was not in the vehicle, but Radojko Tomasevic and Ivan Golocevaa were, who are linked to Darko and Dusko Saric, two of the most famous drug traffickers in the world.

A plot that did not stop there, because with the ongoing investigation, Pekovic was called to testify and speak with the police officers, and at no time did he deny being a friend of Dusko Saric, because he even said that he is the godfather of his son.

Currently and apparently, Nikola Pekovic owns a hotel and a nightclub that are also linked to Dusko, who is serving a sentence in prison, as reported by ‘Open Court’, where they also ensure that “according to many sources from the region of Serbia and Montenegro, nobody talks about Nikola as a former basketball player, but as a mobster.”

A fact that is not isolated in the NBA, as other players like Caron Butler did not hesitate to confess that they were drug dealers, and that their dream was not to be an NBA player, but to become a drug boss.

NBA: Santi Aldama signs his first great game in the NBA: 16 + 9 to present himself to his fans
Bolmaro returned to add minutes in Minnesota in the NBA
Philadelphia 76ers – Miami Heat, live
NBA 3183

Loading...
Newer Post
“It is a desperate club with a debt of 1,200 million”
Older Post
How long have the Dallas Cowboys been champions of the NFL?