Pellegrini: “We want to play our football without speculating” 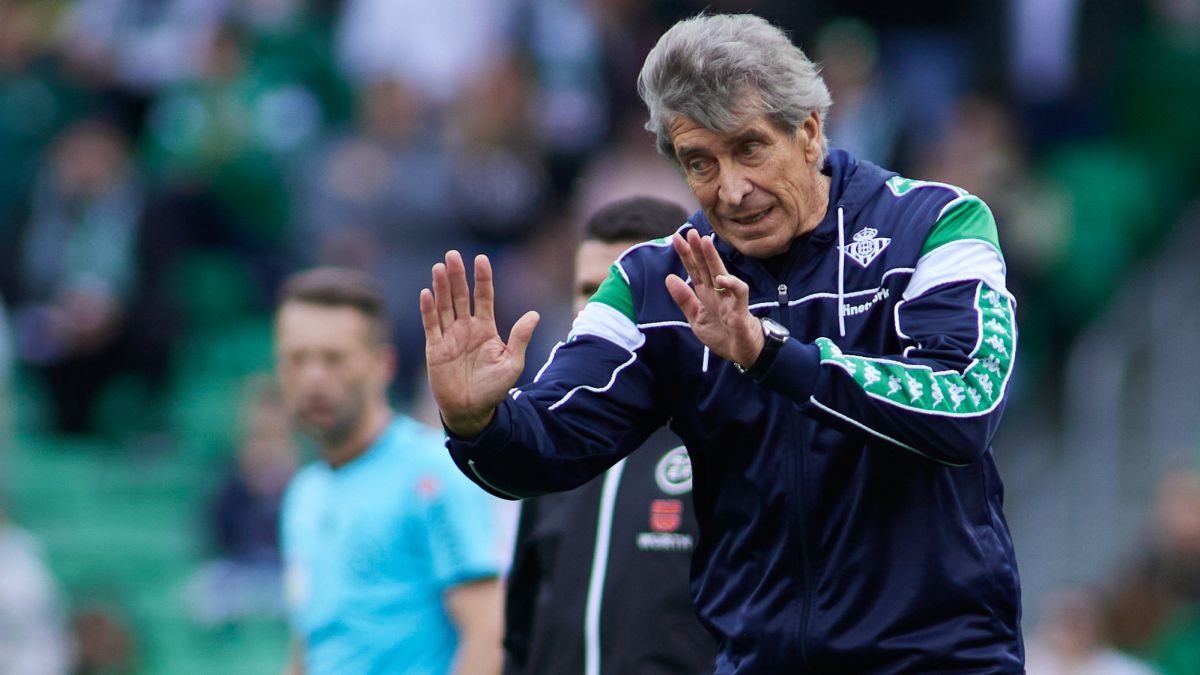 Manuel Pellegrini, Betis coach, assessed the duel against Eintracht and the possibility of a comeback to seek the pass to the quarterfinals of the

Manuel Pellegrini, Betis coach, assessed the duel against Eintracht and the possibility of a comeback to seek the pass to the quarterfinals of the Europa League: “The team is aware that we have to come from behind. We have a whole game to do it. We played against a creative team, we must be strong defensively. For us, the sooner we equalize, the better. We must play our football and have defensive concentration” .

Going match: “You always think that you can do something more when you lose. We made important mistakes. We had very clear chances in the first half, then they left us alive and now we have to impose ourselves here. If we are not capable, they will be fair winners”.

Regarding the status of his squad, it was clear: “They’re fine, we came from defeats but the team was never down. We’ve been in all three competitions, we always had high spirits. That victory against Athletic has boosted us more”.

physical moment: “Canales and Bellerin are fit to play. We’ll see tomorrow what the starting eleven will be.”

Confidence to play in Germany: “The statistics are a mere reference. The markers change according to the individual level of the players. It is important to recover defensive security.”

Eleven: “One of the merits of being here was the rotation we made and it was based on individual levels. There are mistakes, but it worked so far. Penalties? It’s the third part of the game, first you have to try to win it. We’ll try to do the football that we usually do without speculating”.

emotional sensations: “I don’t think we’ll get to the first leg in a different way. The team was always very strong. The defeats didn’t affect the squad emotionally. It was a strange game, they were lucky enough to score the first goal and they’re very dangerous on the counterattack”.

Fekir’s Sanction: “It seems to me something expected, surely it was going to be something more than a game. It was not a very strong aggression, it was even provoked by Muniain. That is football, we will have to play two games without him. But the substitutes proved to be one good level”.

Penalties: “It’s something you can’t train for. The pressure, the atmosphere, the mood come into play… We’re optimistic and we’ll try to move on from the game earlier. If not, then we have Rui Silva…”.

Rui Silva: “We have reached the moment when everything is decided”

Rui Silva aims to start against Eintracht and he did not hesitate to assess the prelude to the duel: “I don’t feel like a starter, that’s what you say. I’m prepared for all the games, the coach chooses when it’s my turn. They’re all finals, we want to be in the quarterfinals”.

The goalkeeper insisted on the importance of this moment: “We know that we are reaching that moment in which everything is decided. We have been working for several months to be in the three tournaments, it is commendable to finish it in the best possible way”.

Eintracht Vision: “There were two different parts, we could have scored more than one goal. They were superior, Bravo kept us in the tie to be able to fight for qualification. They have very creative players, we must be strong defensively”.

Vero Boquete analyzes the evolution of women’s football in Spain
Who is the River Rhodes soccer fan and why has he had radiotherapy?
Manchester City v Brighton live
FOOTBALL 2671