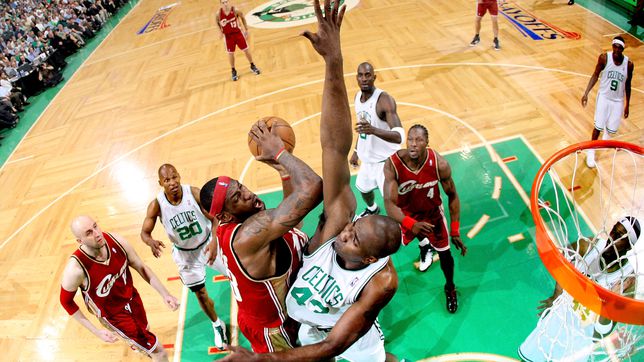 When the players retire and the years go by they begin to bring up unknown stories from their time in the NBA. The last to do so was Kendrick Perk

When the players retire and the years go by they begin to bring up unknown stories from their time in the NBA. The last to do so was Kendrick Perkins, a center remembered above all for his time with the Boston Celtics, with whom he won the franchise’s last ring in 2008. Perkins spent this week on JJ Redick’s podcast, one of the most popular in recent times, and among other things he left a confession difficult to digest at first.

The ex-Boston assured that during the semifinals of the 2008 Eastern Conference that faced the Cleveland Cavaliers he prayed “for LeBron to break the anterior cruciate ligament in his knee.” Perkins came up with this idea after the Cavs forced Game 7 with an exhibition from LeBron: 32 points, 12 rebounds, 6 assists and 2 steals. Fortunately, the center’s prayers were not heard and the Cavs forward was able to play the seventh, in which he scored 45 points. However, the Celtics prevailed and ended up taking the ring against the Lakers.

LeBron’s relationship with the Massachusetts franchise in those years was complicated to say the least. The rivalry was more than evident and that tie in 2008 was not the only occasion in which it could be demonstrated. Two years later, the Celtics again eliminated the Cavaliers in the conference semifinals, putting an end to LeBron’s first stage in his home state. Already in the Heat, the forward was going to take revenge against some Celtics who were rushing their options with the Big Three formed by Garnett, Pierce and Allen. In 2011 he was going to easily beat them in the semifinals (4-1). Another thing was the 2012 conference finals, with one of LeBron’s most memorable playoff performances in his career. With the Celtics up 3-2 and Game 6 in Boston, the Heat, who had just lost the Finals against predictions the previous year, were in the abyss. Then he appeared on the 23rd to silence the Garden: 45 points, 15 rebounds and 5 assists. The Heat, that year yes, were proclaimed champions. NBA history.

Doncic is too much for Curry
Memphis Grizzlies: A historic defensive season in the NBA
Minnesota Timberwolves – Washington Wizards, live
NBA 3184