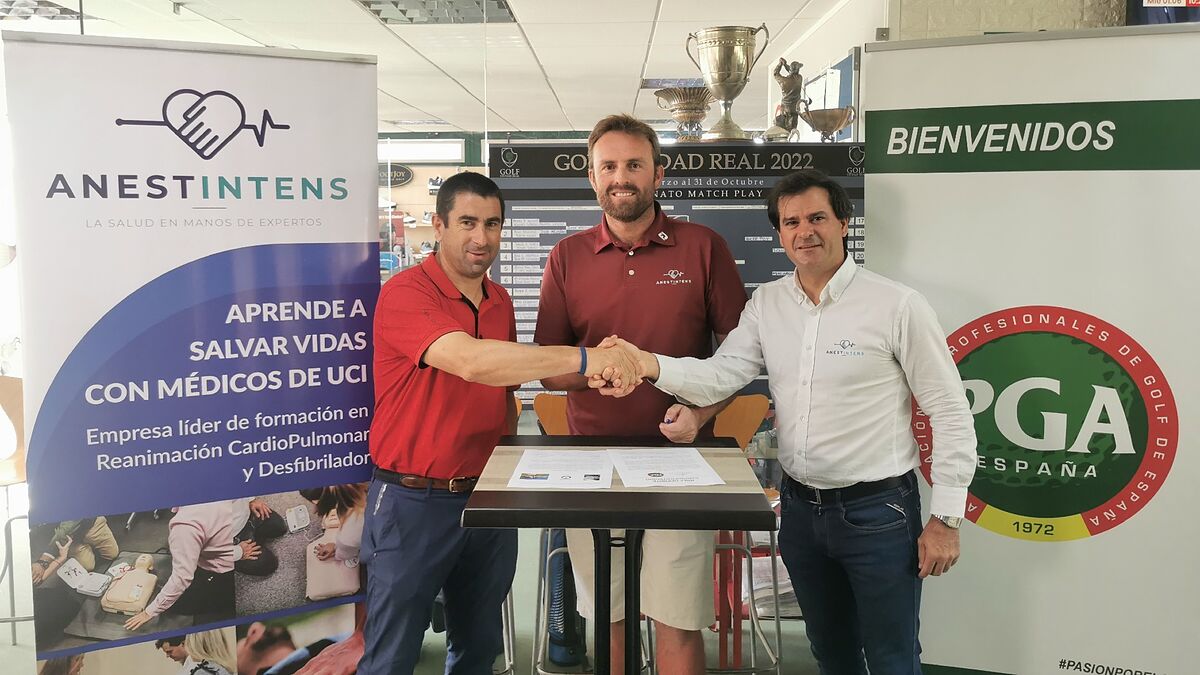 La Association of Golf Professionals of Spain (PGAe) and Anest Intens have launched this initiative, in order to that the PGA Spainthe third Spanis

La Association of Golf Professionals of Spain (PGAe) and Anest Intens have launched this initiative, in order to that the PGA Spainthe third Spanish association with the most professionals after football and basketball, be the first sports association to become cardioprotected in Spain. That means that anyone linked in any way to golf in Spain, can be trained to deal with a cardiac arrest situation and perform correct cardiopulmonary resuscitation until the emergency services arrive.

The training will take place through courses in cardiopulmonary resuscitationuse of defibrillators and first aid that Anest Intens will offer free of charge during the tournaments of the 50th Anniversary circuit PGA Spain Golf Tour 2022both to all the players who participate in the tests, members of the organization, as well as to all the staff of the clubs where the circuit tests are played, who want to receive this training in cardiopulmonary resuscitation.

According to the Spanish Society of Cardiologyof the 30,000 people who die each year due to sudden death, 7,500 could be saved with a rapid and adequate response.

This collaboration is in line with the mission of the PGA Spain, which works for the future of the sport of golf and a professional industry in constant evolutionand as an association, they watch over the interests of their associates.

Andrew MartinezPresident of PGA Spain: “Anest Intens is helping many people and companies to save lives. This agreement with them raises the PGA Spain to a new level, since we offer all professional players and our associates the opportunity to receive free training in cardiopulmonary resuscitation. We are delighted with this initiative, it has been very well received by the Association and we hope become the first cardioprotected sport in Spain“.

For Borja Diez Sainzgeneral director of Anest Intens: “Anest Intens has a very clear objective, to teach people to save lives and live in a Cardioprotected Society. We want to create the largest number of cardioprotected spaces so that citizens themselves can save lives before it reaches healthcare, because sometimes just a minute makes the difference. And with this alliance we want the sport of golf to also be a cardioprotected space, which the largest number of professionals and staff working in the world of golf are able to save lives“.

The PGA of Spain has a special relationship with El Club de Campo Villa de Madrid , as this club hosted two of the first rounds of the Spanish PGA Championship. The first in 1986 with the victory of Miguel Angel Martin and the second in 1987 with a legend on the podium, none other than Seve Ballesteros, the great promoter of the PGA in Spain and the unifying spirit which he left to the association in an emotional guide-letter, which has always been our inspiration.