Phil Mickelson is also removed from the PGA Championship 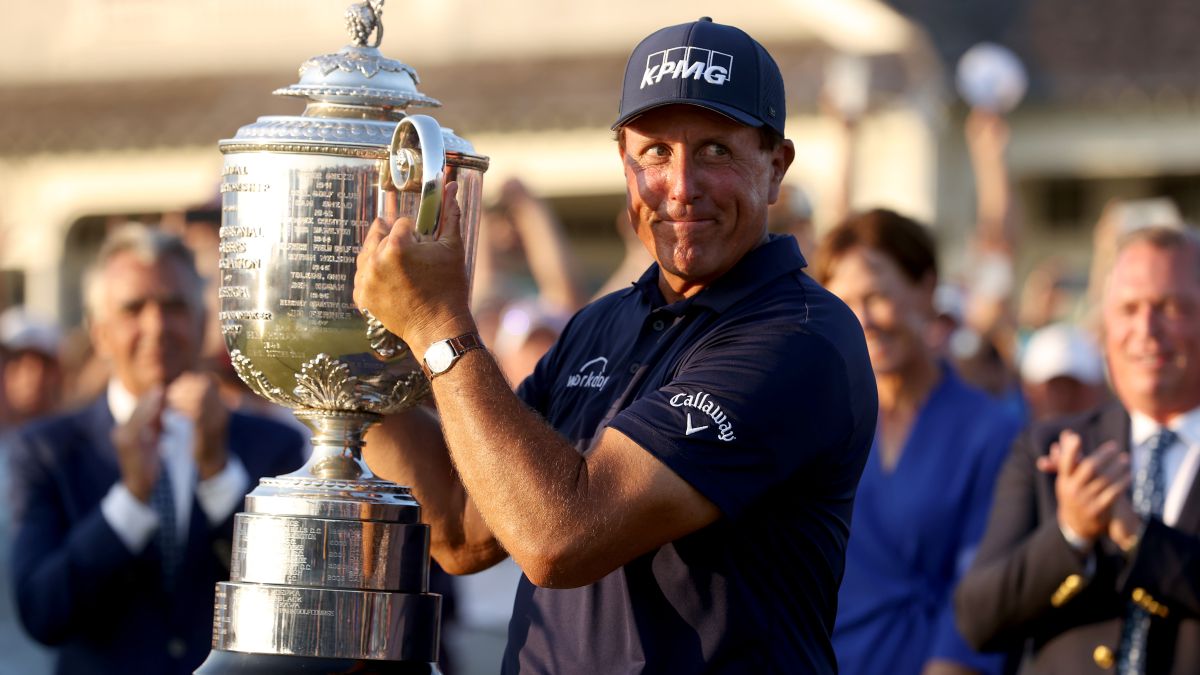 Phil Mickelson's situation on the North American circuit remains unknown, and there are more and more signs that show a totally broken relationshi

Phil Mickelson’s situation on the North American circuit remains unknown, and there are more and more signs that show a totally broken relationship. The last one occurred this Friday, when The PGA Championship has announced that Mickelson, winner of the ‘major’ last year and who was registered to defend his crown in Southern Hills, has decided not to participate in the event and give up his title defense next week.

“We have just been informed that Phil Mickelson has withdrawn from the PGA Championship. Phil is the reigning champion, and currently eligible for ‘PGA Life Member’, and we would have been delighted to have him participate. We wish Phil and Amy the best, and look forward to their return to golf,” read the cryptic message from the tournament, in which the golfer’s wife is even quoted.

The truth is that the relationship between Mickelson and the PGA Tour has deteriorated in recent months as a result of the intentions of the winner of six ‘majors’ to participate in LIV Golf, the new Saudi circuit that intends to compete with the American based on paying millions. While the PGA Tour has been adamant about it, even confirming that it will not allow its players to participate in any ‘super league’ events, Mickelson has always been very supportive of it. ‘Lefty’ does not take the start of an official tournament of the most popular circuit in the worldor since last January 29, when he competed in Farmers Insurance. Since then, Mickelson has missed events like the Augusta Masters, and now the PGA Championship as well.

At the Southern Hills Country Club in Tulsa, Okla. Mickelson was scheduled to defend his heroic triumph achieved last year from this Thursday the 19th, when at the age of 50 he won at Kiawah Island. However, it has been Phil himself who has decided not to attend, and it is currently unknown if ‘Lefty’ will be seen competing again in the United States.