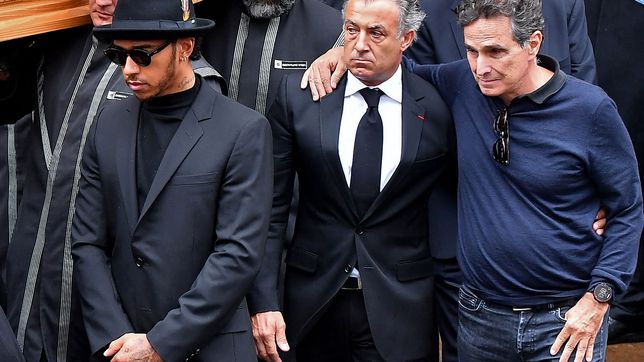 Nelson Piquet is still in the spotlight. Protagonist of a new episode of racism in Formula 1, the former driver is already experiencing the conseq

Nelson Piquet is still in the spotlight. Protagonist of a new episode of racism in Formula 1, the former driver is already experiencing the consequences of his comments during an interview that went viral on social networks. F1 condemned his words and, the affected, Lewis Hamilton also responded to him through social networks in a call to focus “on changing the mentality”. “It is more than a language. These archaic mentalities must change and have no place in our sport. I have been surrounded by these attitudes all my life. There has been a lot of time to learn. The time for action has come ”, added the Mercedes driver, after learning that the former champion had referred to his person with the term ‘neginho’ (‘black’), considered derogatory and with racist connotations in the community. African American.

But the consequences have not remained in a few statements, the defense of Lewis throughout the sport and the response of the eight-time F1 champion. His words go much further and Nelson Piquet is already facing a complaint for his racist comments with which, according to the Brazilian himself, “he never intended to offend”. He will now have to prove it before the Justice of his country, after four organizations filed a lawsuit in Court. The Court of Justice of the Federal District and Territories of Brazil grants the former pilot 15 days to justify his words and show that he never used that term with discriminatory intentions, simply to refer to Lewis as “the guy” or “the person.”

Therefore, his apologies have not been of much use. In fact, F1 has also been blunt in the face of this discriminatory behavior: according to British media, the ‘Great Circus’ could have vetoed the triple champion’s entry into the paddock. Now, Educafro, Centro Santo Dias, Aliança Nacional LGBTI+ and the Brazilian Association of Homotranssafe Families seek compensation for their words and speak of “collective moral damage and social damage inflicted on the African-American population, the LGBTQIA+ community (there were homophobic comments in the same interview) and the Brazilian people in general”. With this, the organizations request a public apology note and an economic fine for moral damages amounting to 10 million reais, around two million euros.