PlayOffs NBA 2022: Brutal foul on Doncic when trying a ‘Jordanian’ mate: tangana, expelled and 3-2 for Dallas against Utah 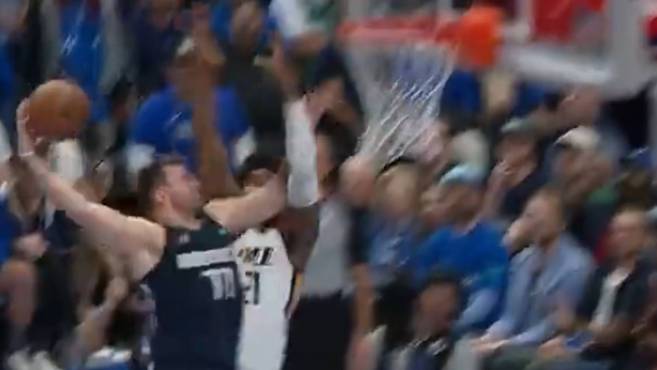 PlayOffs NBA 2022: Brutal foul on Doncic when trying a ‘Jordanian’ mate: tangana, expelled and 3-2 for Dallas against Utah

Luka Doncić leader to the Texan franchise with 33 points (3 of 10 in triples), 13 rebounds and 5 assists.

The former Real Madrid player scored 19 of his 33 points in a fabled third quarter.

Doncic, who went to the bench with more than four minutes remaining in the game, was applauded by the Dallas crowd.

In the last quarter, with the game decided in favor of the Mavericks, the giant Hassan Whiteside (2.13 m.) committed a hard foul on Doncic when the Slovenian tried a ‘Jordanian’ mate that caused a massive brawl in the middle of the game. clue.

Whiteside and Reggie Bullock were ejected.

Problems for the Jazz: bad game from Donovan Mitchell … who left the game injured

Donovan Mitchell, the great star of the Utah Jazz, only scored 9 points and had to leave the game in the last minutes of the fourth period with discomfort in his left leg.

Tags: Utah Jazz, Dallas mavericks, Luka doncic
PlayOffs NBA 2022: Boston, against statistics and injuries to knock down Miami
NBA PlayOffs 2022: Magic, Stockton, Nash… where does Chris Paul rank among the best point guards in NBA history?
PlayOffs NBA 2022: Draymond Green, more than controversial: this is how he defends for the Warriors 3-1
NBA 3181