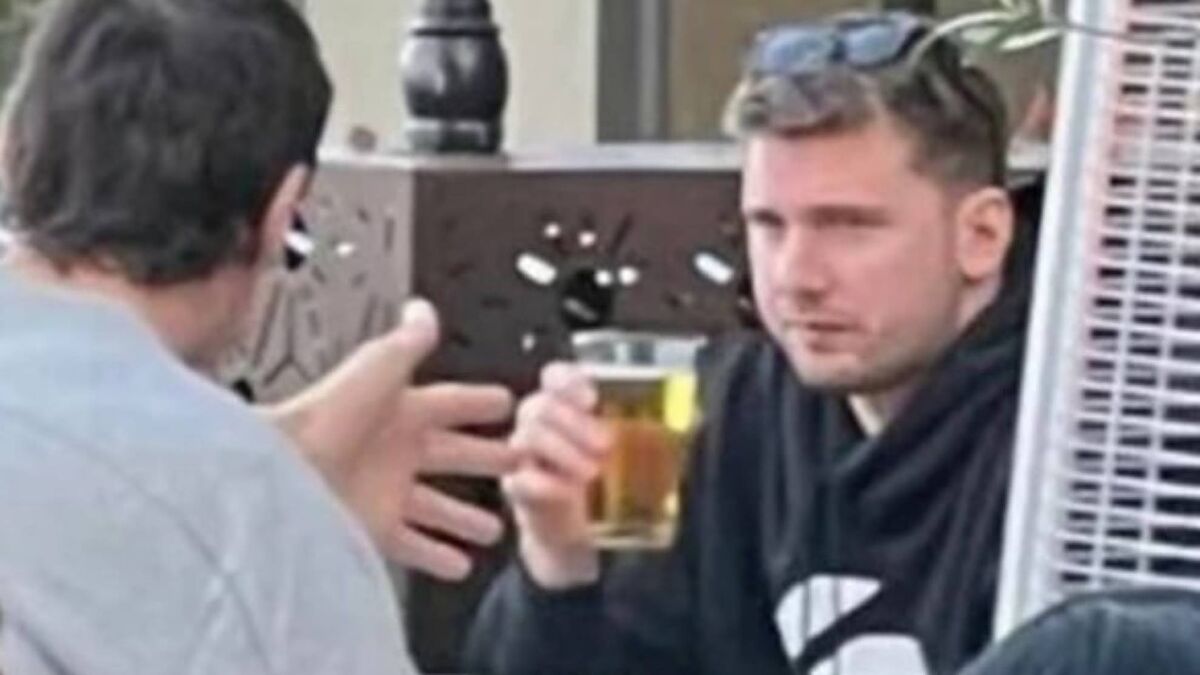 Lyou Golden State Warriors they won 112-87 to the Dallas Mavericks for take a 1-0 lead in their Western Conference Finals series of the NBA.Luka Do

Lyou Golden State Warriors they won 112-87 to the Dallas Mavericks for take a 1-0 lead in their Western Conference Finals series of the NBA.

Luka Doncić became the protagonist of the defeat of Dallas by the scratch he received on Wiggins’s face and for the pains in his shoulder that hampered their performance.

The Slovenian prodigy also became viral in social networks before the match for a photo supposedly drinking beer before the series against the Warriors.

The Mavericks had to deny TMZ Sports that the photo of Doncic drinking a beer on a terrace was from before the game between Warriors and Mavericks in the NBA Western Finals.

“I can tell you this photo is not from today”A Mavericks spokesman said of an image of Doncic drinking a beer that went viral on social media.

Meme of the victory of the Warriors against the Mavericks: Stephen Curry vs. Luka Doncic

THE DATA: Warriors’ historic run at home in the Playoffs

With this win, the Golden State Warriors have won 13 straight home games in a playoff opener, tying the third-longest streak in NBA history.

Tags: Luka doncic, NBA, Stephen Curry
#LaCantina | Ja Morant, the NBA has a new star, by @iFerches
NBA Finals 2021: Chris Paul, the NBA player with the most 0-2 failures in history
These are the NBA stars in the new Netflix movie
NBA 2836

Loading...
Newer Post
Today’s matches May 19, 2022: Schedules, how and where to watch football live on TV this Thursday
Older Post
Buffalo Bills and NFL sympathize with those affected by shooting