PlayOffs NBA 2022: Memphis comes back again and flies to the western semifinals 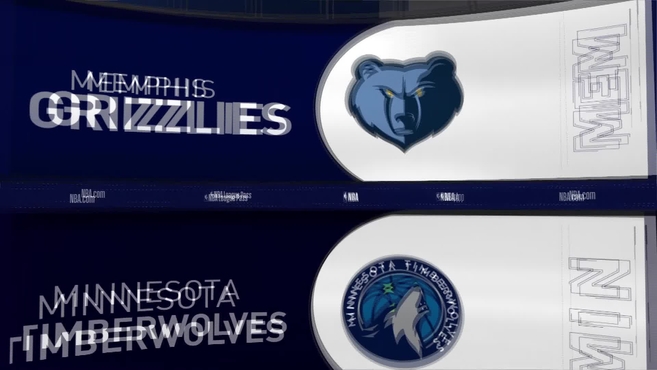 The Memphis Grizzlies came back this Friday their game on the field of the Minnesota Timberwolves (106-114) and thus qualified for the semifinals of the Western Conference, where the Golden State Warriors of Stephen Curry and Klay Thompson await them.

The Grizzlies (second from the West) closed their first round series with a 2-4 against the Wolves (seventh), who raised a fierce resistance throughout the tie but fell apart in the last quarter of the sixth and final match.

The lack of consistency has been a huge burden on the playoffs for these talented and deserving Wolves. Minnesota lost Game 3 to the Grizzlies after leading by 26 points in the second quarter and 25 in the third; and also fell to Memphis in the fifth game, in which he had a +13 with less than ten minutes left in the fourth quarter.

History repeated itself in the sixth duel, since the Wolves dominated the scoreboard by 13 points in the third quarter and led by 10 before to start a last part in which they ended up crashing (22-40).

In short, the Wolves lost in this series against the Grizzlies three games who were winning by at least 10 points in the last quarter.

Desmond Bane and Dillon Brooks, with 23 points apiece, were the top scorers for a Grizzlies in which Ja Morant brushed the triple-double but with little luck in the lead (17 points with 4 of 14 shots, 8 rebounds and 11 assists).

In the last minute and a half of the game, a triple from Tyus Jones and a dunk from Jaren Jackson Jr. resulted fundamental for Memphis to seal the victory in a very tight outcome.

For the Wolves, Anthony Edwards (30 points, 5 rebounds and 5 assists) and Jaden McDaniels (24 points with 5 of 6 in triples) were the most outstanding. Dominican-American Karl-Anthony Towns added 18 points, 10 rebounds and 4 assists for Minnesota. The semi-final of West between Warriors and Grizzlies begin this Sunday in Memphis.

Tags: basketball / nba / playoffs, NBA playoffs
PlayOffs NBA 2022: And this is how Curry intends to win the NBA?
NBA Finals 2022: A huge Curry (43) knocks down the Celtics in the Garden
Cetics-Nets: Celtics defense collapses Irving and Durant
NBA 2865

Loading...
Newer Post
‘I have sold drugs and begged’: Patrice Evra remembers the hell he experienced due to the abandonment of his father and that football saved his life | Soccer | Sports
Older Post
Today’s matches: Real Madrid vs Espanyol, live: Schedule and where to watch today on TV the match of day 34 of the Spanish League