PlayOffs NBA 2022: The Celtics return to the NBA Finals in a maddening final in which they almost doomed against the Heat 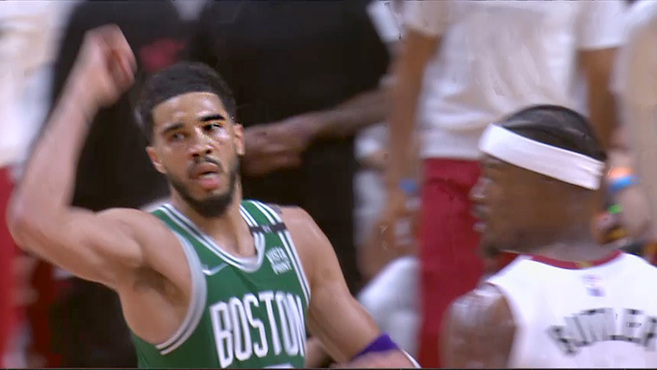 PlayOffs NBA 2022: The Celtics return to the NBA Finals in a maddening final in which they almost doomed against the Heat

Lyou boston celtics they won 96-100 at Miami Heat at the FTX Arena in the seventh and decisive game of their playoff series (4-3)proclaiming themselves champions of the Eastern Conference and returning to the NBA Finals 12 years later.

When it seemed that the game was decided in favor of the Celtics with 13 points up, the Boston team went into a spin.

A partial 8-0 favorable to Miami and one disastrous streak of those from Massachusetts of going three minutes without scoring They turned the decisive Game 7 of the Eastern Finals upside down.

The Miami Heat, the best regular season team in the East, fell just two points behind (96-98) with a triple by Max Strus that sent FTX Arena crazy.

The referees did not see that Strus’ triple, which could have been decisive, was illegal since the Heat shooter stepped over the line.

On the next play, Marcus Smart, very unwise at the rim in his last shots, missed again and left the Heat with the ball to try to win the game.

Marcus Smart received a personal foul and, this time, he hit with two free throws that left the score 96-100 with 11 seconds to go, concluding the match.

74 points for Boston between Tatum, Brown and Smart

The Heat, in which Tyler Herro tried despite being injured and could only play seven minuteswere led by Jimmy Butler (35 points and 9 rebounds) and Bam Adebayo (25 points, 11 rebounds and 4 assists).

Kyle Lowry, who had brilliant minutes late in the third quarter to keep Miami alive, finished the night with 15 points, 7 rebounds, 3 assists, 2 steals and 1 block.

Tags: basketball / nba / playoffs, miami heat, Boston Celtics
Top 5 NBA: Extreme posterization of Doncic: Wiggins’s kill that leaves Luka on the floor
PlayOffs NBA 2022: Boston, against statistics and injuries to knock down Miami
NBA Finals 2022: The court factor does not go with the Warriors: the streak that is history in the NBA
NBA 2874