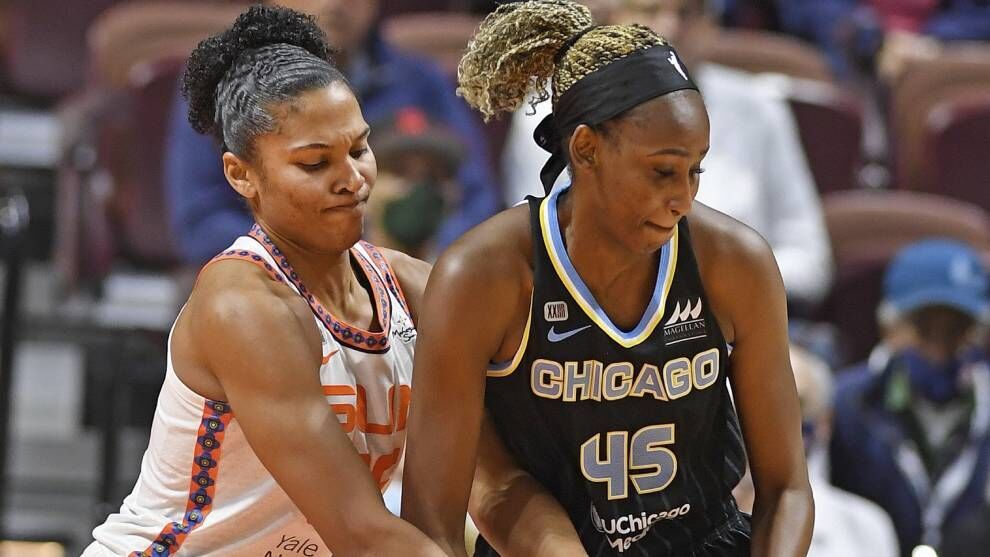 Lbased Courtney vandersloot achieved the second triple-double in WNBA playoff history with 12 points, 18 assists -new playoff record- and 10 rebounds that helped the Chicago Sky to win at home this Tuesday, in double extension, for 95-101 at Connecticut Sun, in the first game of the playoff semifinals.

Victory allows the Skies to catch up with 0-1 best-of-five advantage and the second will be played on Thursday on the same stage at the Mohegan Sun Arena, in Uncasville (Connecticut).

With the game tied at 93, forward Candace Parker scored on a layup after receiving a perfect pass from Vandersloot for her unprecedented WNBA record.

Vandersloot, who broke the legendary Sue Bird record of 16 assists, last postseason, then he also gave another pass to backup power Stefanie Dolson to put the Sky ahead of four points and 1:29 to play.

Connecticut couldn’t bounce back, scoring only its second basket of the second overtime on a jump shot by forward Brionna Jones with 13.7 seconds left to put it 95-98. Vandersloot had his 10th rebound with 7.9 seconds left.

The legendary Sheryl Swoopes had the only other triple-double in playoff history of the WNBA, which he did in 2005 with the Houston Comets.

For its part, the Spanish international Astou Ndour helped the triumph of the Sky from the bench with nine points (four of seven in field goals), six rebounds, a steal and a plug in 21 minutes of play.

The Bosnian nationalized forward Jonquel jones, who received before the game the award trophy of Most Valuable Player (MVP) of the regular season, leading the Sun with a double-double of 26 points and 11 rebounds.

Brionna jones, who also received the trophy of Most Improved Player, I added a double-double of 22 points and 10 rebounds with the Connecticut team, which lost just one home game during the regular season en route to the league’s best record.

Reserve point guard Kelsey Plum contributed 20 of his 25 points in the second half, and the Las Vegas Aces beat Phoenix Mercury 96-90 on Tuesday in the first game of the WNBA Western Conference semifinals.

Plum, in his fourth year as a professional, who won an Olympic gold medal in 3v3 basketball, had 12 points in the third quarter as the Aces increased their lead to 10 points.

Another point guard, veteran Riquna Williams, who came out of the starting line, scored 24 points as the second best scorer for the Aces, who take a 1-0 lead in the best-of-five series and the second game will be played on Thursday. Michelob Ultra Arena stage, Las Vegas (Nevada).

Phoenix, who won single elimination games against the New York Liberty and defending champion Seattle Storm, to reach the semifinals, leading 21-30 after the first quarter.

Pvot Brittney Griner had 24 points, seven rebounds and six assists as the leader of the Phoenix team.

Veteran Hispanic shooting guard Diana Taurasi, playing for the second time since returning to the lineup after spraining her ankle, scored 20 points on 6 of 17 shots from the field, including 4 of 14 3-point attempts.

Tags: basketball nba
NBA: The WNBA selects its 25 best players in its 25-year history
NBA Market 2021: Stephen Curry ‘plants’ the Lakers and stays in the Warriors for 215 million and … 13,656 dollars per minute!
NBA: Back with James Harden’s physique: the image of controversy … again
NBA 339