Ponzio says goodbye to football at the Monumental 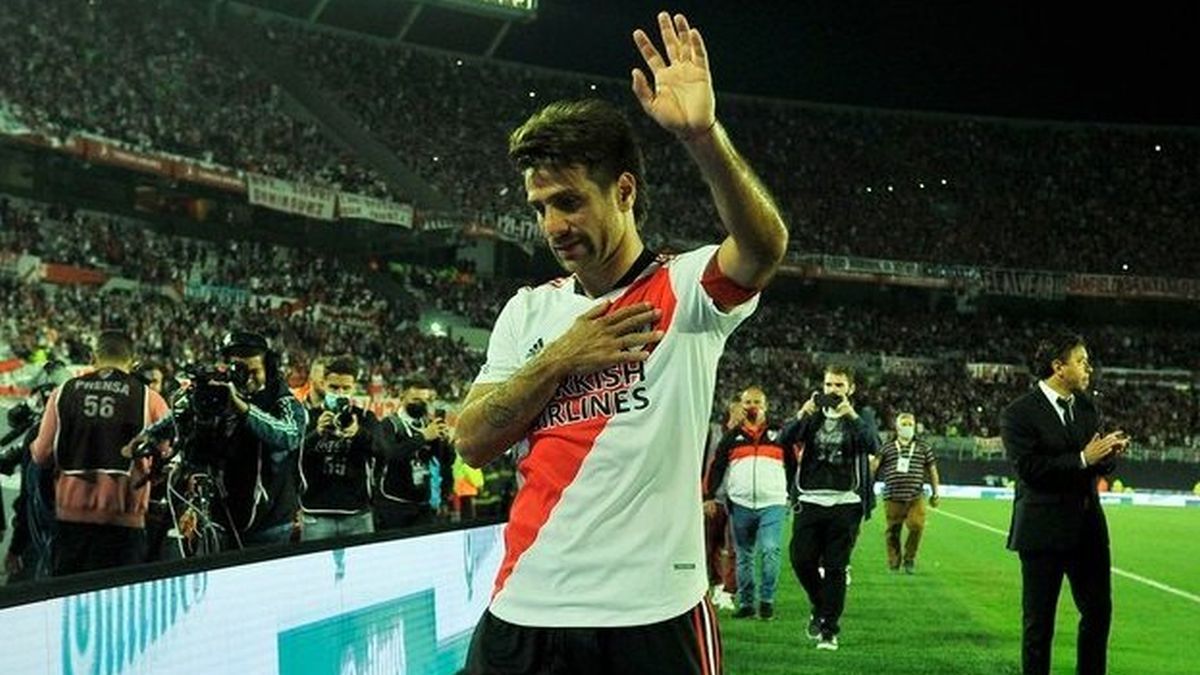 "Leo" Ponzio, born in the Santa Fe city of Las Rosas 40 years ago, will live his well-deserved farewell game to his time as a footballer since 8

“Leo” Ponzio, born in the Santa Fe city of Las Rosas 40 years ago, will live his well-deserved farewell game to his time as a footballer since 8 p.m. at the Núñez club stadium where he reached his best version and participated in one of the the best stages of the institution.

The former midfielder was present in the 14 titles that River won in the last eight years under the leadership of the “Muñeco” and that was enough for him to be the most successful in the club’s history, since he had previously been champion with other DTs such as Diego “Cholo” Simeone, Ramón Ángel Díaz and Matías Almeyda.

His last official match was with a medal since he was present on December 18, 2021 against Colón de Santa Fe for the Champions Trophy when the millionaire team won by a score of 4-0 when entering by Enzo Fernández, currently in Benfica from Portugal.

Ponzio, who suffered heart complications when he contracted coronavirus in 2020, was about to give up football last year, but at the express request of Gallardo and his teammates he made a special recovery and retired raising a glass.

The “Lion”, as River fans nicknamed him, played 358 games and scored 10 goals in the two seasons he played between 2007-2009 and then since his return in 2012 to play in the promotion of the second part of Nacional B until his withdrawal.

Ponzio put on the River shirt for the first time with Daniel Passarella as coach on February 11, 2007 on the first date of the Clausura in a 1-0 victory over Lanús shortly after being bought from the Spanish Real Zaragoza in exchange for 3.5 millions of dollars.

From those years, the fans remember Ponzio’s great match against Boca playing as left back and marking Rodrigo Palacio, in a match that would end up winning without problems 2-0 with goals from Radamel Falcao and Ariel Ortega.

Throughout that stage Ponzio could never establish himself as a reference and starter despite his great career in Spain, but he managed to be part of the team that won the title in 2008 although he missed the final match against Olimpo because he was sent off.

In 2009 after a series of injuries and without continuity, Ponzio returned to Zaragoza after three seasons in that first stage at River where he played 71 games without being able to take over the title of central midfielder.

His return to the club took place at the beginning of 2012 together with David Trezeguet to play the second round of Nacional B and he put on the shirt again on February 5, 2012 for the 1-1 draw against Almirante Brown with an assist to Fernando Cavenaghi .

After achieving promotion with that legendary image of his white pants stained with blood on the back due to hemorrhoids in the match against Boca Unidos, Ponzio became a benchmark for the team led by “Pelado” Almeyda and who managed to return to first in the darkest sports stage of the club.

After the departure of Almeyda and the arrival of Ramón Díaz at the club, Ponzio began to lose place in the team and although he added many games in the tournament that River won at the beginning of 2014, his departure from the institution of Núñez again seemed like a done.

With the arrival of Marcelo Gallardo, Ponzio’s situation changed and he became a benchmark for the team without playing since the starter was Matías Kranevitter, but an injury to the Tucuman gave the captain the opportunity and he did not miss it.

His performances in the 2014 Copa Sudamericana superclassics, especially in the 0-0 win at La Bombonera, and the situation he went through as one of the most affected by pepper spray attacks in the 2015 Libertadores, confirmed him as a benchmark.

In any case, River’s great victory in that cup against Cruzeiro as a visitor 3-0, where he was one of the figures of that historic match, placed him on the podium of emblems for all fans.

Ponzio was present in the 5 hand-in-hand eliminations from River to Boca and he was also the one who lifted the Cup in the Super Cup trophy that the “millionaire” beat his eternal rival in March 2018 in Mendoza 2-0.

Ponzio began his career at Newell’s in 2000, was champion with the Argentine Sub 20 in 2001 and played nearly 250 games in Zaragoza in 10 seasons, although his career will always be linked to River and that is why he will have his well-deserved farewell party.

Carlos Salcedo adds followers but no one makes an offer
Today’s matches April 26, 2022: Schedule and where to watch live football this Tuesday
Raise for reversing adverse streak in Spanish soccer League
FOOTBALL 3678