Portugal prolongs its dominance and is the queen of futsal 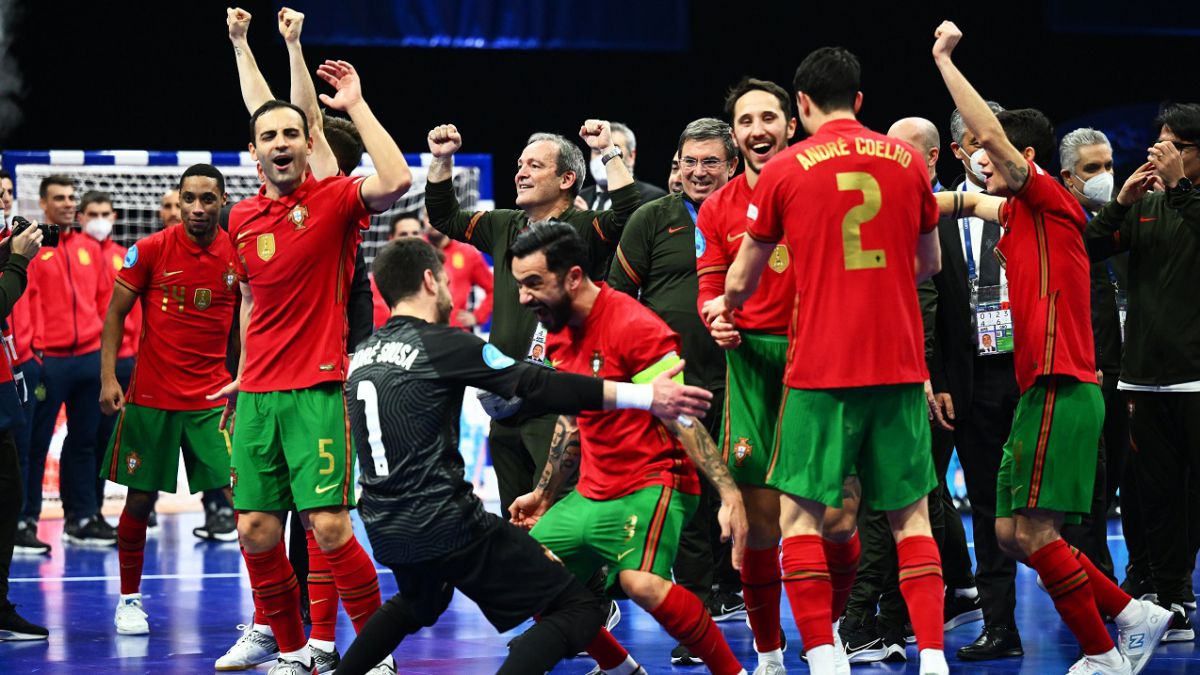 Euro Cup in 2018, World Cup in 2021… and now Euro Cup in 2022. Another one for Portugal, which had never won a title before and now has three in four magical years. Now, in their first conquest without Ricardinho, they won the European Championship in Amsterdam in the way they know best: coming back from 0-2. They already started like this against Spain in the semifinals and turned it around, so it was normal to see the faces of apparent calm on the Portuguese bench after goals from Sokolov and Afanasyev. They did it again and, after a brilliant second half, they beat a Russia (4-2) that caressed another European Championship 23 years later. They will have to wait. Post Ricardinho Portugal continues to dominate.

On the way out, Russia completed an almost perfect start, possibly his best minutes in the tournament, with a Portugal locked up and suffering a lot especially in the center’s defense. Pany Varela, overwhelmed, was the protagonist in the two Russian goals, trying to defend without success. He could not avoid the turnaround of the aforementioned Sokolov and Afanasyev. Tense calm of Jorge Braz, Portuguese coach, on the bench. Tomas Paço, before the break and with the collaboration of goalkeeper Putilov, closed the gap before the break. Portugal’s plan was underway…

Zicky, MVP of the tournament
@UEFAFutsal

Beyond Zicky, MVP of the tournament and one of the best on the planet, the second part was starring André Coelho, from Barça. He scored the second, by shooting a throw-in directly and after Putilov tried to stop him, finishing the ball in his own goal, and the third, after a play that Zicky himself originated and created. There were eight minutes left and the Russians began to take risks, with Abramov as player goalkeeper. Twenty seconds from the end Sousa dressed as a hero with a save a few meters above Sokolov. Almost at the horn, Pany Varela scored an empty goal for the burst of joy in Portugal. They haven’t lost since 2016 (there are now 33 official matches in a row), and equal another milestone for Spain: Euro Cup-World Cup-Euro Cup, as the National Team did between 2004 and 2007. Now it’s time to learn from them to relive better times.

Incidents: final of the Eurocopa 2022 in the Netherlands played at the Ziggo Dome in Amsterdam before 1,250 spectators.

This is how the positions, the annual table, the scorers and the averages for the decline that returns in 2022 remained
West Ham v Manchester City live
Real Madrid-Rayo Vallecano | LaLiga: Ancelotti: “I wish Xavi luck; it is a surprise to see Barcelona back”
FOOTBALL 2705