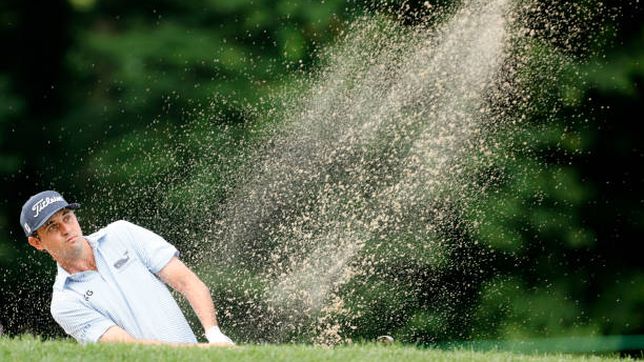 American JT Poston remained the leader of the John Deere Classic this Friday and extended his lead from two to four strokes.After his fabulous card

American JT Poston remained the leader of the John Deere Classic this Friday and extended his lead from two to four strokes.

After his fabulous card of 62 shots on the opening day (-9), Poston continued with a firm step on the second day with a record of 65 shots (-6, seven birdies and a bogey) that leaves him with a -15 in total before the weekend.

Four strokes and in second place is his compatriot Denny McCarthy (-11 in total) after a -6 this Friday.

At the TPC Deere Run, in the community of Silvis (Illinois, USA), Argentinean Emiliano Grillo continues to shine, who with -10 in total is tied for third place in the tournament with three other players.

Grillo delivered this Friday a fantastic card of -7 (eight birdies and one bogey) that placed him among the best of this second day.

His compatriot Fabián Gómez passed the weekend cut with -3 in total (-3 on Friday) while Colombian Camilo Villegas said goodbye with +2 in total (+1 on both Thursday and Friday).

After her retirement from tennis, she became a golf champion
Luke Donald replaces Stenson as European captain
Thanks to the “Golf Tournament with a Cause”, SEDIF will benefit children with cochlear implants
GOLF 1253

Loading...
Newer Post
Conor McGregor would not return to the octagon until 2023 due to a fracture
Older Post
Great Britain GP F1 2022: Checo Prez seeks Pole Position and revenge at Silverstone