Poston will start the final day of the John Deere Classic 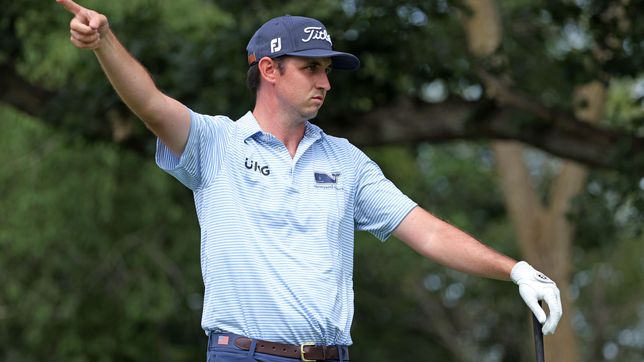 Leader since the first day, the American JT Poston kept his privileged position in the John Deere Classic this Saturday and will start on Sunday wi

Leader since the first day, the American JT Poston kept his privileged position in the John Deere Classic this Saturday and will start on Sunday with three shots ahead to win the tournament.

The Argentine Emiliano Grillo is one of the three golfers who are tied for second position and who will try to hunt down Poston. The American signed this Saturday a card of -4 (an eagle, 4 birdies and 2 bogeys) and accumulates a -19 after three days.

For his part, Grillo got a valuable -6 this Saturday (7 birdies and a bogey) and will appear on Sunday with a total of -16 and the possibility of fighting for the title. Also on -16 after three days are Americans Scott Stallings and Denny McCarthy.

At the TPC Deere Run, in the community of Silvis (Illinois, USA), the Argentinean Fabián Gómez continues in competition, who signed the pair of the course this Saturday and who has a -3 in total.

The John Deere Classic takes place this week at the same time that LIV Golf, the controversial new league funded by the Saudi Arabian government, is holding the Portland Invitational in Portland, USA.

Golf: Cantlay and Schauffle retain lead at Zurich Classic
PGA Spain and Anest Intens sign an agreement to make golf in Spain a cardioprotected sport
the world ranking is already studying the inclusion (or not) of LIV Golf
GOLF 1239

Loading...
Newer Post
Who are the UFC champions? The list of monarchs of the main mixed martial arts organization with Francis Ngannou, Israel Adesanya, Amanda Nunes and more
Older Post
chilling mass accident that worried everyone about the health of Chinese pilot Guanyu Zhou