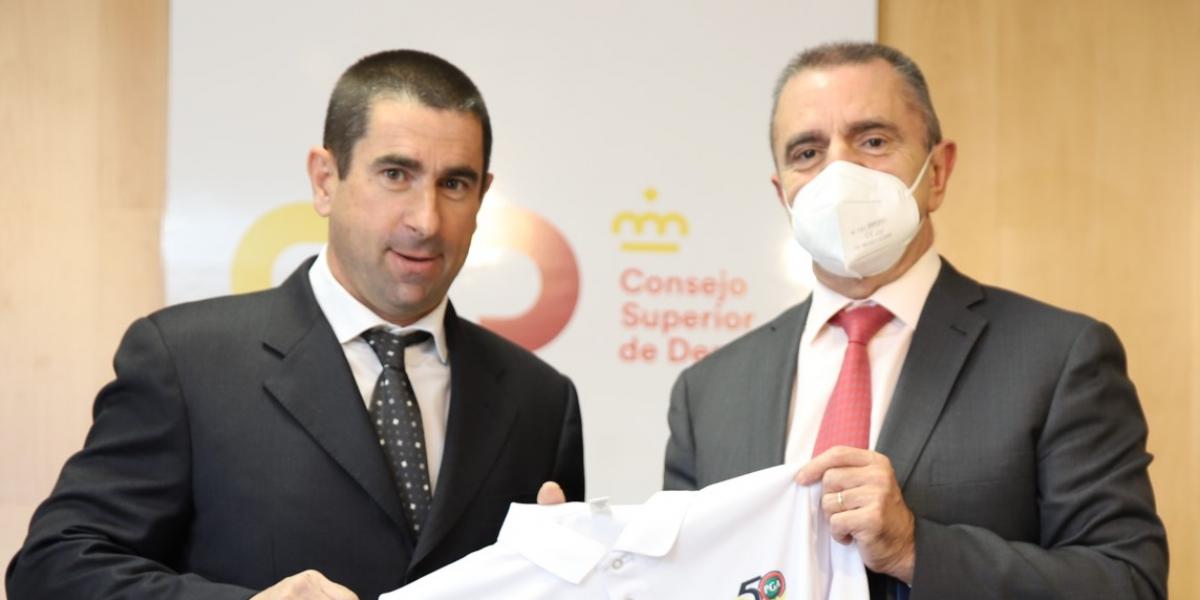 The Association of Golf Professionals of Spain today presented a new edition of its professional circuit, the Spain Golf Tour 50th Anniversary PGA of Spain, which will consist of eight tournaments valid for the national Order of Merit. Ander Martínez, president of the PGA of Spain, was in charge of presenting the new Circuit that this year coincides with a very special event: the PGA of Spain celebrates 50 years since its creation, the oldest association of professional athletes in Spain.

Ander Martínez presented the Circuit in an important year for the PGA that turns 50, “we are the oldest professional association in Spain, and among our ranks there are great professionals who are very committed to their association.” He thanked the Seve Ballesteros Foundation for its work and support, “which has supported us during very difficult years and which has helped the association a lot to consolidate this Circuit and keep it alive; circuit that we have presented for the fourth time at the CSD. Which shows the solidity of this project”.

José Manuel Franco, Secretary of State for Sports and President of the Higher Sports Council, welcomed the fifty attendees, including journalists and representatives of federations and presidents of golf courses who traveled to Madrid, and had words of praise for The circuit. “This is a highly relevant circuit, supported by great professionals who support it. I had the idea that golf was an elitist sport and I have found that nothing could be further from the truth. And all thanks to the work that all of you do: the PGA, the Royal Spanish Golf Federation, the territorial federations, town councils, county councils, golf courses… you all bring golf closer to all citizens, and I thank you for choosing this institution, the house of sport in Spain, to present this project”.

“Golf shares with us, the CSD, the global pillars that Seve Ballesteros had of humility, desire to excel and sacrifice; They are the principles of sport, of the CSD and of Spain, and the PGA of Spain has maintained these values ​​since its foundation 50 years ago”, added Franco, who highlighted golf as the axis of tourism and economic recovery. “I congratulate you on this project and I hope we’ll see each other next year,” he added.

Ander revealed the eight tests that make up the circuit, which will begin at the RCG in El Prat from April 6 to 9 with the PGAe Open in Barcelona hosted by Pablo Larrazábal; Golf Ciudad Real will host the II Spanish PGA Match-Play Championship from May 12 to 15. The circuit will travel to the neighboring country with the Portuguese Championship that will be played at Riba Golfe Lakes in Lisbon from July 21 to 24. The Club de Campo Villa de Madrid, venue for the Spanish Open on the European Tour, will host the Madrid Championship for Professionals-PGAe from July 26 to 29. The great event of the association, the XXXIV Spanish PGA Championship, will be played at La Faisanera in Segovia, from September 1-4. The Castilla and León Professionals Championship will be played at CG Entrepinos, in Simancas, from October 16 to 19 and the Grand Final will be at the Hato Verde field in Seville from November 21 to 27. The RFEG Professional Championship is also included, a valid tournament for the Order of Merit, which date and field have yet to be defined.

Saudi Arabia invests 200 million in the Asian Tour golf series
Rahm, with 2 strokes advantage in the Mexican Golf Open
The craziest hole-in-one: as a prize, a Lamborghini
GOLF 984

Loading...
Newer Post
How Ukrainian football united against Russian aggression, from Zinchenko to clubs that adopted the colors of the nation
Older Post
GAURSA brings the Formula 1 of the Alpine team to its Alto de Enekuri concession