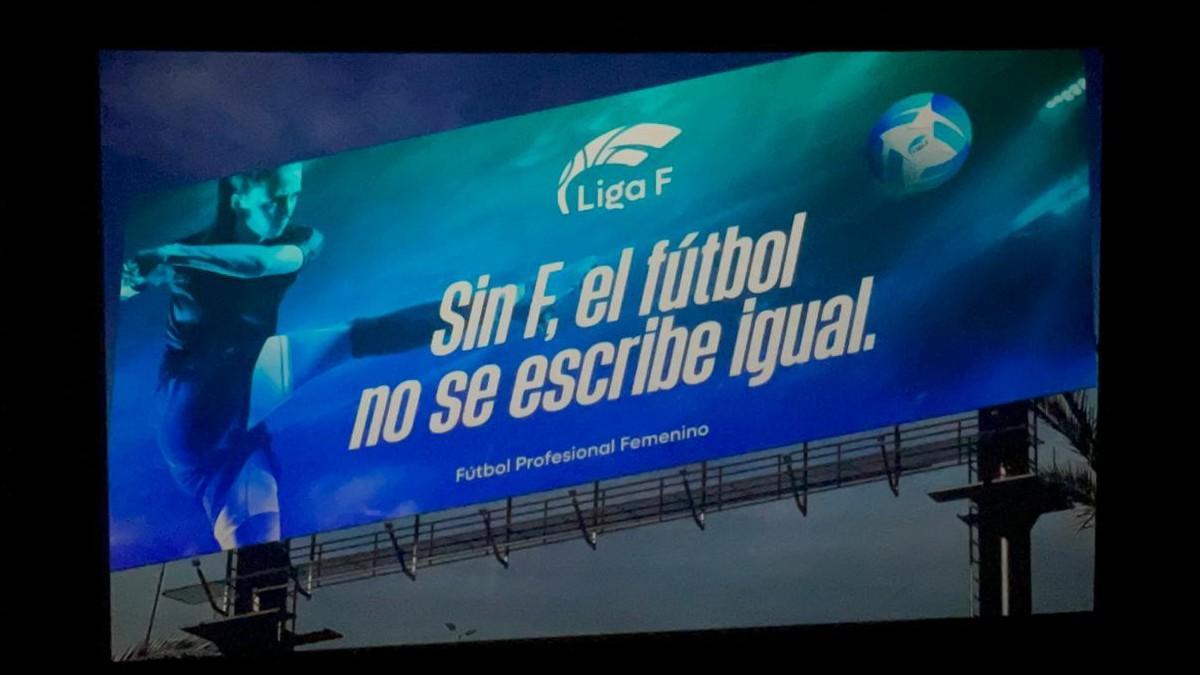 Xavi Puig and Melanie Serrano attended on behalf of Barça

Callao City Lights dressed up to host the inauguration of the new Women’s Professional Soccer League. An act that served to present the image and name of the competition, the ‘F League’, whose motto is “Without ‘F’, football is not spelled the same”.

Representatives of all the First Clubs attended the event. On behalf of Barça, the manager Xavi Puig and Melanie Serrano attended. Nahikari (Real Madrid), Nerea Eizagirre (Real Sociedad), Menayo, Van Dongen and Maitane (Atlético), among others, were also present.

The president of the LPFF, Beatriz Álvarez, explained that “I have dreamed of this for 30 years of my life” and that “the LPFF deserves to be professional and independent and at least we deserve to be allowed to try.”. We are going to be the window or door so that other athletes and other sports in Spain can become professionals”. A giant step forward in football, there are still many more to come.