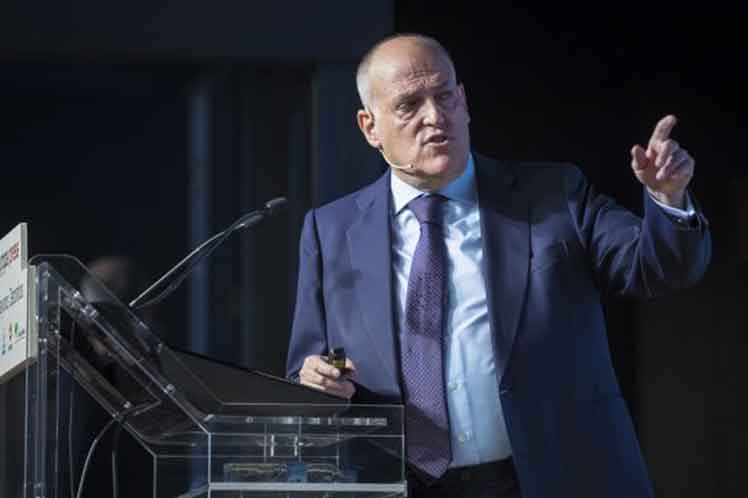 These practices alter the ecosystem and the sustainability of football, harm all European clubs and leagues, and only serve to artificial

These practices alter the ecosystem and the sustainability of football, harm all European clubs and leagues, and only serve to artificially inflate the market, with money not generated in football itself, he declared.

Tebas thus commented on the words of the PSG president, Nasser al Khelaifi, who denied doing anything illegal and announced that he would continue in his line.

What we do is because we know we can. We are not giving lessons and we are not going to allow anyone to give them to us. We will continue building our project, he said in an interview with a Spanish newspaper.

In this regard, Tebas considered that for the French squad “there are no rules” and “he takes everyone for fools”, for which he assured that the Spanish employers “will continue to fight for sustainable football without cheating.”

LaLiga confirmed on the 15th that after the renewal of Kylian Mbappé’s contract, it filed a complaint with UEFA against PSG, which joins another against Manchester City filed in April.

According to the Iberian director, both clubs continuously fail to comply with the current financial fair play regulations.

In his words, consenting to operations like these is “more dangerous than the Super League”, the elite tournament project promoted by the main teams in Europe.

Tebas added that PSG is going to end the season with 600 million wages – 40 percent of the entire Ligue 1 – and 200 million losses, to which another 300 must be added.

They are going to have to cheat, or pay outside the French environment, greatly fattening sponsorships, which are already fattening them, or exceeding the level of losses that is already allowed, he warned.