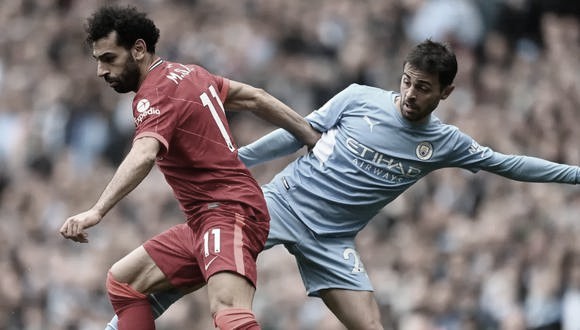 Last weekend of July and the first in which we are going to see the first official matches in the major European leagues. In England, football ret

Last weekend of July and the first in which we are going to see the first official matches in the major European leagues. In England, football returns with a historic competition, which will face the Premier League champion, Manchester City, and the FA Cup champion, Liverpool FC.

Liverpool finished last season with two big disappointments. It lost both the league title on a dying last day and the Champions League in a final in which Thibaut Courtois took everything.

That final was also the last game of Sadio Mane who has left the entity net after several years being one of the great stars in the team. To replace it, since there was already a profile similar to it since January with louis diaz on the wing, a center forward has been sought who can make up for the low level of Firmino in recent years, this forward has been Darwin Nunez, a player for whom Liverpool have paid a great deal of money.

Darwin Núñez on his arrival in Liverpool // Photo: Liverpool FC

In the market they have not moved much more, also highlights the incorporation of Carvalho from Fulham and also from calvin ramsay from Aberdeen. As for departures, neko williams has left for Nottingham Forest, Minamino to Monaco, Davis to the Rangers and Origin to Milan.

The preseason began with a disastrous 4-0 against Manchester United. A game in which the team had opportunities, but between the lack of success and the good level of United, they could not even score a goal. In the following two commitments came two victories leaving a goal to 0. The first against Crystal Palace with goals from Henderson and Salah, and the second against RB Leipzig 0-5 with poker by Darwin Núñez and a goal by Salah.

The last commitment arrived before the RB Salzburg and ended in defeat net 1-0 in a game in which the starters did not play many minutes, probably already thinking about the final on Saturday. The Austrian team’s goal was made by Sesko.

Manchester City won the Premier League title last May. In addition, he was one of the big winners at the beginning of the market, because he managed to make the signing of Halandone of the market transfers.

It has also incorporated to strengthen its workforce Calvin Phillips. A player who gives him great depth in the midfield position, to play alongside Rodri or even replacing him. Ortega He has been another of the signings, he has arrived as a substitute goalkeeper.

In the casualties section, the most important have been gabriel jesus and Sterling. has also come out Zinchenkofor which a replacement is still being sought. Fernandinho He was the other one who left for Brazil.

The Manchester City He has only played two pre-season games, but both have ended with narrow wins. In his first meeting beat America 2-1 with a double of Kevin DeBruyne and the second beat Bayern Munich with a goal from Haaland on his debut, the match ended 1–0.

These two teams have met in 187 times, with a clear dominance of Liverpool. Liverpool have won 92 times at sky bluesthey have ended in a draw 50 times and Manchester United have won these games 45 times.

In the most recent duels equality and goals have prevailed. The last match in the FA Cup final ended with a 2-3 victory for Liverpool after a spectacular first half by Klopp’s men.

Tags: guardiola, Manchester City, Premier League
City set two new English football records with a win over Newcastle
Memorable football afternoon that leaves everything as it was
“I get older, I confuse Chivas and America, but I have good memories of Mexico”
FOOTBALL 3177