Problems in OKC: Holmgren, number 2 in the draft, with ligament problems 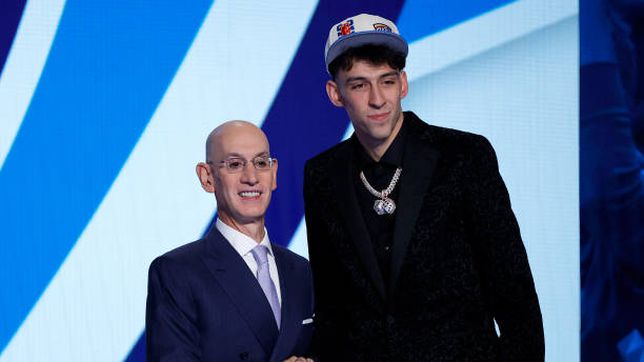 Problems in the Thunder. Shams Charania (The Athletic) has revealed that Chet Holmgren (20 years old) have ligament problems. The number 2 of the

Problems in the Thunder. Shams Charania (The Athletic) has revealed that Chet Holmgren (20 years old) have ligament problems. The number 2 of the last draft was one of the great promises of the new generation of young NBA players and aimed to be one of the mainstays of the eternal reconstruction of the Thunder, who seek to emerge in the ultra-competitive Western Conference after years accumulating countless of draft rounds. Still pending the latest revisions, the physical condition of one of the stars of tomorrow and the new unicorn of the best League in the world is of great concern to the Oklahoma franchise, which is holding its breath.

Holmgren is a physically unique player, something never seen before in North American competition. He has a height of 2.13, a wingspan of 2.31… but he only weighs 88 kilos. Tall and slim, some doubts still hover over adapting against strong, physical players and in his strength from the waist down, a place where he has had an injury that could cost him many games in his first NBA season, which begins on Tuesday October 19. There is still a margin, but injuries to the ligaments and to those around him can be among the most serious in basketball players. Still, we insist, the real scope of the problem is not known.

The possible play that caused the injury

Draymond Green chose the best quintet in NBA history
Play in NBA 2022: what it is, how it works, dates and which teams play it
NBA: The Magic ‘nurserymen’: the youngest starting five in NBA history
NBA 3513