Professional boxing in Turbaco: Three titles at stake | THE UNIVERSAL 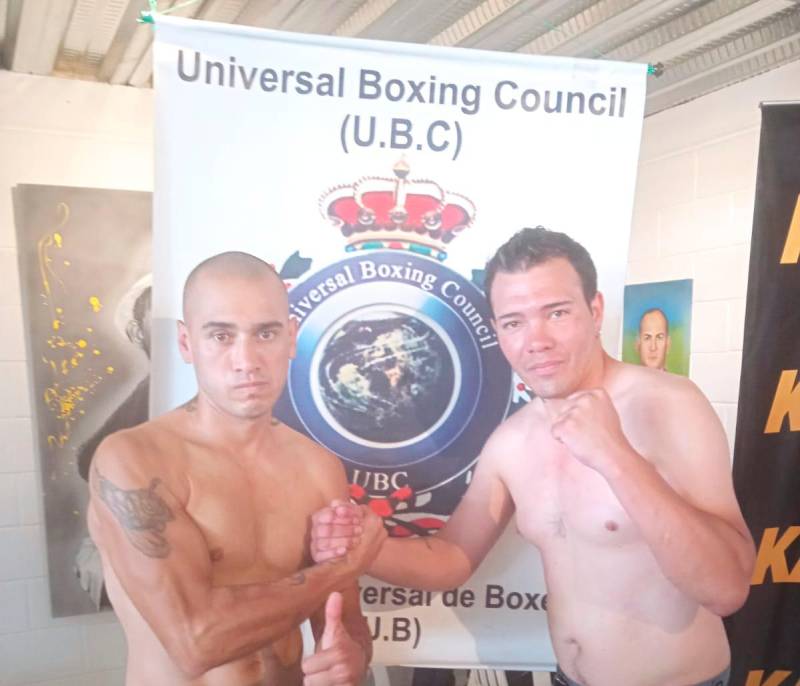 Lhe lovers of professional boxing will have this Saturday, starting at 7 pm, a great banquet with the 'Turbaco Mundialista' undercard that will ta

Lhe lovers of professional boxing will have this Saturday, starting at 7 pm, a great banquet with the ‘Turbaco Mundialista’ undercard that will take place at the Enrique Castillo Tejódromo in the municipality of Turbaco.

The booklet is organized by the company &#8220;KO Deportivas &#038; Musical&#8221;, with the support of the Municipal Institute of Sports and Recreation of Turbaco (IMDERT), and the Municipal Mayor of Turbaco.

The professional evening will have seven bouts, the star being the one starring the Ecuadorian nationalized Argentine boxer Maxi James and the Colombian-Venezuelan Cristian Bautista for the UBC world title in the welterweight category (147 pounds), twelve rounds.

On Friday the weigh-in ceremony was held at the Hugo Barraza Gymnasium in Turbaco and the boxers gave the weight.

James is unbeaten in 25 fights, 23 of them won before the limit. The boxer arrived in Colombia on Thursday from Quito, Ecuador, in the company of his coach and father René James, and his manager Letty Morán, with a stopover in Cali and destined for the city of Cartagena de Indias.

“I am calm, well trained, ready to fight all twelve rounds. The preparation has been good. I always go out to box the twelve rounds, if it reaches the limit there is no problem, &#8220;said Maxi James yesterday at the weigh-in.

Regarding his rival, the Argentine indicated: “He looks very strong, he looks tall, it is what he appears at first glance. Let&#8217;s see what happens in the ring ”.

James also represents Ecuador, a country that will be awaiting this fight since, if he wins, he would become the third Ecuadorian to win a world boxing title.

“We have done a good preparation with my coach Babby Garcia. It will be a tough fight, but I am going to fight, &#8220;said the boxer from turbaquero Samuel &#8216;Sugar&#8217; Ramos, who will fight against the Venezuelan Pablo Molina.

The Central American super flyweight title will be at stake and the contest will be 10 rounds.

Turbaco will be watching the performance of the local boxer.

Tags: Professional boxing
The Municipal School of Esquel will organize sparring with local pupils
Canelo declares his love to Lucero in a private show and she gets uncomfortable
Boxing: Mike Tyson opens the debate: “Would Usyk or Joshua have beaten me in my prime?”
BOXING 1350